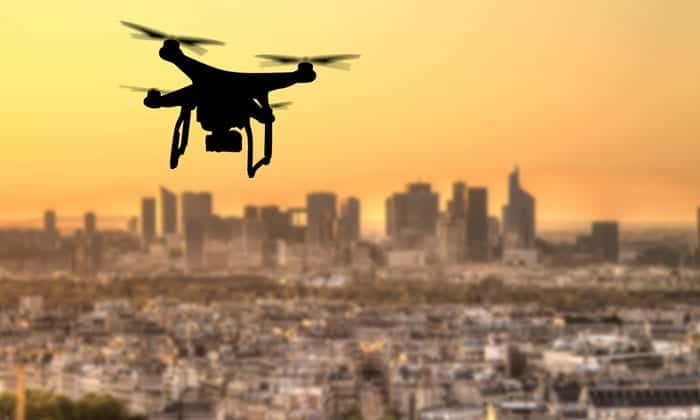 The FAA-designated Nevada UAS Test Site, under the leadership of the Nevada Institute for Autonomous Systems (NIAS), was the only site selected to execute NASA UTM TCL4 and one of three sites selected for the FAA UPP. Both selections were the result of intensely competitive processes with six other states. All of the UAS to be flown in the Nevada NASA UTM TCL4 and FAA UPP test scenarios will be fitted with RelmaTech’s Secure Integrated Airspace Management (SIAM) technology.

“We are proud to be part of the Nevada TCL4 and UPP teams and excited at the opportunity to showcase our technology to the global UAS industry by partnering with NIAS on these ground-breaking programs,” says Philip Hall, RelmaTech’s Co-Founder and CEO.

The TCL4 program, which involves UAS flying in high-density urban areas, will be conducted over several months in downtown Reno, Nevada. It will be the first time in U.S. aviation history that such flights will be performed in a metropolitan area under beyond visual line of sight (BVLOS) conditions. The UPP was established as an important component for identifying the initial set of industry and FAA capabilities required to support UTM operations and safely integrate drones into the National Airspace System (NAS).

In parallel, the City of Reno is a participant in the FAA’s UAS Integration Pilot Program (IPP), an on-going fast-track regulatory program established to accelerate the integration of life-saving and commercial drone operations within the NAS.

“As the test scenarios for both the TLC4 and UPP will be conducted in the City of Reno, the IPP offers an ideal opportunity to demonstrate how our technology contributes to advancing the development of UAS operations in the Urban Environment and the NAS,” emphasizes Hall.

RelmaTech’s SIAM system is unique in that it provides both network and broadcast UAS Remote ID and tracking capabilities, enabled by a small light weight, low power, low cost, stand-alone module that can be easily installed on all types of UAS. Capable of supporting multiple communication options, SIAM operates primarily over the cellular network (3G/4G/LTE) but is also designed to operate and/or failover to satellite or other networks when cellular is not available.

The onboard SIAM module uses proven technologies and concepts used in online and mobile communications and information management to transmit aircraft and flight data from the operating UAS over the operative network to the SIAM cloud-based web portal. It also simultaneously uses stable and robust WiFi-based technology to create a unique beacon on the UAS to broadcast a specific set of data at a high refresh rate.

“SIAM offers a digital substitute for ADS-B and secondary radar, thus providing an effective alternative means of situational awareness in the shared airspace,” explains Hall. “Flight operators, pilots and other actors will simply login to the SIAM web portal via a computer, tablet or smart phone to view in real-time a moving map showing the location and track of their and other TCL4/UPP aircraft operating in the test area. In fact, anyone issued with a NIAS login to the SIAM portal for TCL4 and UPP will be able to observe – in real-time – the test flights on any internet enabled device from wherever they are in the world.”

“At the same time, City of Reno law enforcement officers and first responders will be able to use a simple Android/iOS smartphone app to detect broadcast signals from the TCL4/UPP aircraft and view information including ID and location displayed via an augmented reality application, or on a moving map of the local area,” adds Hall. “No network connection is required and latency, or broadcast delay, is near zero. With a typical range of 1.5 miles (2.4kms), it is far superior to BlueTooth solutions.”

RelmaTech’s SIAM system has been supporting commercial UAS flight operations since mid-2016. In March 2017 Australian company V-TOL Aerospace used SIAM to claim the world’s first UAS day and night BVLOS flight operations managed using a UTM system. SIAM has since accumulated many flight hours of data for such operations in a number of countries, including a disaster recovery project for the World Bank in the South Pacific.