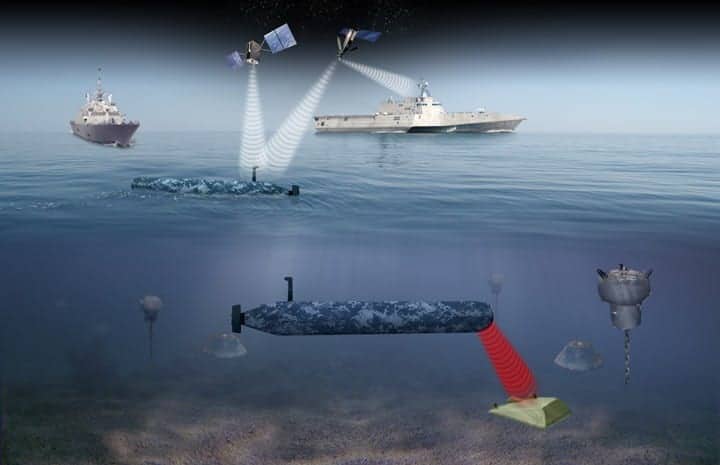 General Dynamics Mission Systems has announced that it has successfully completed all stages of formal Sea Acceptance Testing (SAT) of Knifefish, the U.S. Navy’s Surface Mine Countermeasure (MCM) Unmanned Undersea Vehicle (UUV) system. The tests were conducted off the coast of Boston using Navy mine test targets and included a variety of undersea, MCM operational scenarios in multiple simulated mine fields. Following the successful SAT, the Knifefish system will begin Developmental Tests and Operational Assessment evaluations.

“The successful sea acceptance tests are the result of strong collaboration and teamwork between the General Dynamics and U.S. Navy Knifefish team,” said Carlo Zaffanella, a vice president and general manager of General Dynamics Mission Systems. “These tests prove the Knifefish system can detect, classify and identify undersea mines in high-clutter environments.”

The General Dynamics Knifefish team also successfully completed initial Navy Fleet operator training as part of the transition into the next stage of testing. The training provided the operators with an opportunity to become familiarized with the Knifefish system and become proficient at operating and maintaining the system during the upcoming Developmental Test and Operational Assessment.

Knifefish is a medium-class MCM UUV intended for deployment from the Navy’s Littoral Combat Ship and other Navy vessels. Knifefish will reduce risk to personnel by operating in the minefield as an off-board sensor while the host ship stays outside the minefield boundaries.

General Dynamics Mission Systems is the prime contractor for the Knifefish program. The company designed the tactical UUV using an open architecture concept that can be quickly and efficiently modified to accommodate a wide range of missions. The Knifefish UUV is based on the General Dynamics Bluefin Robotics Bluefin-21 deep-water Autonomous Undersea Vehicle.