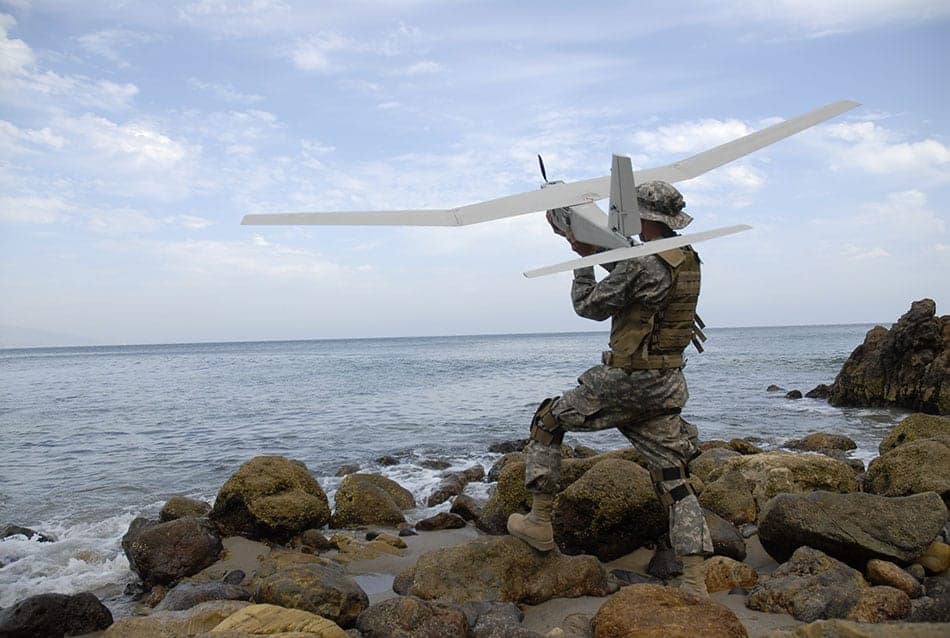 “The LRTA enables Puma AE operators to gather critical ISR data while positioned much farther from dangerous hostile fire,” said Kirk Flittie, AeroVironment vice president and general manager of its Unmanned Aircraft Systems business segment. “Importantly, this technology provides our customers with a UAS solution that can triple the range of existing Puma systems that use our standard omni-directional antenna.”

The antenna also features an automated tracking function (two-axis positioner) that ensures a secure and reliable link with the Puma air vehicle while it operates at extended range. When integrated with AeroVironment’s Mantis i45 electro-optical/infrared (EO/IR) gimbal sensor suite, this improved antenna gives Puma capabilities similar to larger and more costly Group 2 or higher UAS.

With M3/M4 DDL radio frequency capability, the new LRTA is compatible with a wide range of flight and ground assets that use those wavebands, including AeroVironment’s Pocket Digital Data Link (pDDL AE) transceivers and Pocket RVT (pRVT) video transceivers, which give users direct access to real-time video downlink images and geodata from any DDL-equipped platform.

Among other important features of the new LRTA, its rugged frame was designed for operation in the harshest conditions. It comes fully equipped with all the components needed for its operation. Plus, operation with the LRTA requires no modifications to Puma Systems compatible with M3/M4 DDL radios.