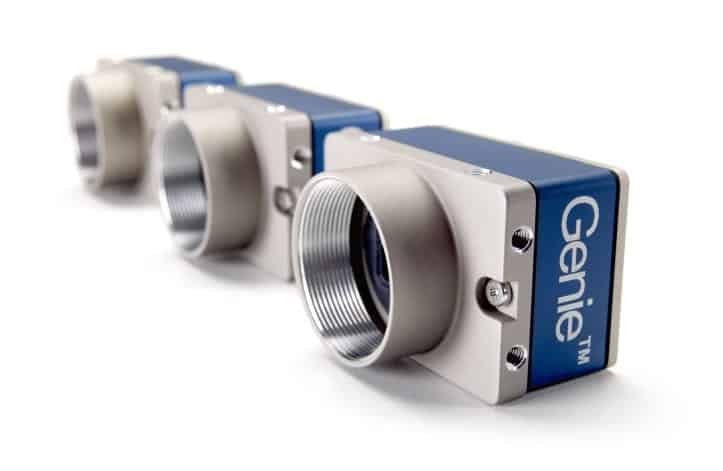 Teledyne DALSA has announced that it has provided the University of Toronto Aerospace Team (UTAT) UAV and Aerial Robotics Divisions with cameras for the teams’ unmanned aerial vehicles (UAVs) which recently flew at Unmanned Systems Canada’s national competition. Both teams were honored with awards for the design and performance of their custom-built UAVs which flew autonomous search patterns while capturing images at approximately 200 feet above ground.

Teams were ranked for their ability to accurately report goose population attributes, including the geolocations of detected nests, the number of distinct goose species observed and a census count for each of these species. The UAV and Aerial Robotics Divisions were two of thirteen university student teams to compete in the Flying Phase of the 9th Unmanned Systems Canada UAS Student Competition and placed 2nd and 1st in the design phase and 1st and 4th in flight operations respectively.

“We have had great success using Teledyne DALSA Genie cameras for practical applications like target recognition and identification, precision agriculture and wildlife monitoring,” commented Erik Chau, team lead for UTAT. “With the recent release of the Linux Gig-E Framework, we are able to acquire high-resolution images at very fast frame rates on an Odroid XU4 running a Ubuntu operating system.”

Teledyne DALSA is committed to continuing its sponsorship of the University of Toronto Aerospace team in 2018.

Find suppliers of Cameras for UAVs >