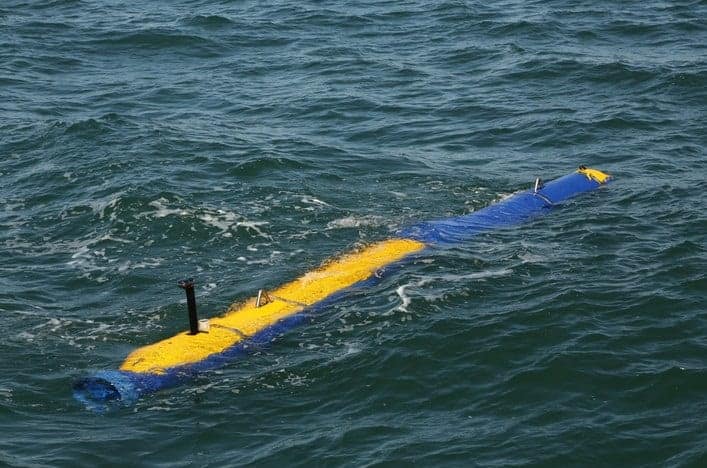 General Dynamics Mission Systems has announced that it has successfully completed a comprehensive evaluation of Knifefish, an autonomous surface mine countermeasure (SMCM) unmanned undersea vehicle (UUV). In coordination with the U.S. Navy, the test events took place off the coast of Boston using submerged Navy mine test targets. The evaluation represents a significant milestone in the Knifefish program and demonstrates the UUV’s capability to detect and classify potential mines, at a variety of depths, each posing a unique threat to naval vessels operating in a mission area.

“The information and situational awareness Knifefish will deliver to sailors is a quantum leap in clarity and accuracy over other mine-hunting systems currently used by the Navy,” said Carlo Zaffanella, vice president and general manager of Maritime and Strategic Systems for General Dynamics Mission Systems.

Simulating mine-hunting missions, the UUV located and classified mine test targets submerged at various depths and on the seafloor. Knifefish is also capable of locating and identifying mines buried in the seafloor.

“The Navy continues to work with its industry partner, General Dynamics Mission Systems, to develop, test, and deliver the needed Knifefish capability to the fleet,” Capt. Jon Rucker, Program Manager for the Navy’s Unmanned Maritime Systems Program Office (PMS406) said. “The system performed well against a variety of surrogate targets and we are confident we will refine its performance to support the planned schedule in 2017.”

A U.S. Navy program, Knifefish is a heavyweight-class mine countermeasure UUV intended for deployment from Navy surface vessels. Knifefish will reduce risk to personnel by operating in the minefield as an off-board sensor while the host ship stays outside the minefield boundaries.

General Dynamics Mission Systems is the prime contractor for the Knifefish program. The company designed the tactical UUV using an open architecture concept that can be quickly and efficiently modified to accommodate a wide range of missions that may face future naval operations. The Knifefish UUV is based on the General Dynamics Bluefin Robotics Bluefin-21 deep-water AUV.