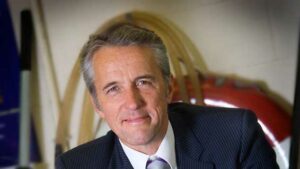 SeeByte, a leading supplier of software for underwater vehicles, are pleased to announce that SeeByte founding member, Professor David Lane, has been appointed Commander of the Order of the British Empire (CBE) for services to Engineering in the 2016 New Year’s Honours list.

Professor David Lane is Professor of Autonomous Systems Engineering at Heriot-Watt University and a founding Director of both SeeByte and the Edinburgh Centre for Robotics. In 2001 Professor Lane formed the founding team of SeeByte, and as CEO until 2010 he led the company from a start-up to a multi-million dollar award winning organization, with offices in Edinburgh and San Diego.

Bob Black, CEO at SeeByte commented “On behalf of all of us at SeeByte, I would like to congratulate Dave on receiving his CBE. SeeByte continues to benefit from the hard work that Dave put into the company and we wish him all the best for his future endeavours”.

Professor Lane remained involved with SeeByte as a Board member until 2013 when SeeByte was acquired by Battelle. Along the way, Professor Lane oversaw the setup of SeeByte Inc. in the US and the development of much of the technology which has allowed SeeByte to reach a position of market leadership in smart software for unmanned maritime systems.