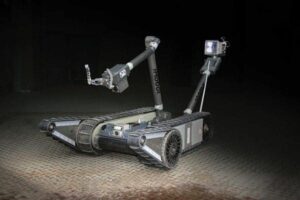 An initial $3 million order under the contract for spares has also been placed. Deliveries under this order will be completed by the end of Q4 2013.

“iRobot is proud to provide robotic capabilities that help our warfighters accomplish their mission,” said Frank Wilson, senior vice president and general manager of iRobot’s Defense & Security business unit. “The Army recognizes the value of the PackBot FasTac robotic system on the battlefield, and we look forward to continuing our work with RSJPO to ensure the Army is well equipped to maintain its fleet of PackBot FasTac robots in the years ahead.”

The iRobot PackBot allows military and public safety personnel to investigate dangerous objects and environments from a safe distance. The robot is used in a wide variety of operations, including neutralizing roadside bombs and other improvised explosive devices, screening vehicles, and searching buildings, bunkers, caves and tunnels.