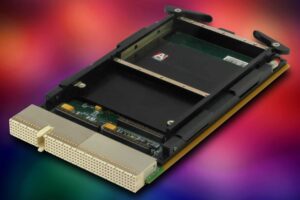 The new SBC helps significantly reduce engineering resources typically diverted to RTCA design requirements, saving on overall system and software development costs.
As the latest evolution in Aitech’s C92x family of rugged, avionics-centric computing boards, the C920 is ideal for high reliability DO-178 and DO-254-based airborne platforms. The new SBC is safety-certifiable to the highest DAL A levels of both DO-178 (software) and DO-254 (hardware), making it ideal for safety and mission critical applications.

With its existing certifications, Aitech’s new, super low power SBC is ideal for flight and mission control computers in avionics platform subsystems destined for FAA-controlled airspace. In addition to reduced design costs, the C920 saves on DO-254 certification costs by minimizing the use of on-board FPGAs.

The C920’s large on-board memory consists of up to 256 MB fast DDR2 266 SDRAM with ECC protection for exceptional data integrity, 128 MB of boot Flash, 256 MB of user Flash and 512 KB NVRAM implemented with a fast MRAM (magneto-resistive RAM) for fast read/write storage of critical mission and key board parameters as well as user data storage. MRAM’s unlimited write/erase capacity prevents it from wearing out—a problem associated with other Flash or SSD technologies—increasing the board’s long-term reliability.

The C920’s compact 3U form factor accommodates a wide range of integrated I/O including two 10/100 BaseT Ethernet ports and two RS-232/-422/-485 serial ports. To control real-world systems, the rugged SBC also provides 21 single-ended general purpose TTL discrete I/O lines, where each line is independently user-programmable as either an input or output and able to generate a processor interrupt on a change of state.

An industry standard PMC slot, compliant to ANSI/IEEE 1386 and ANSI/VITA 20, enables expanded board resources or I/O functionality via standardized mezzanine modules. I/O from the mezzanine is brought out to either the front panel for air-cooled versions or routed to the CompactPCI backplane for conduction-cooled modules.

In a subsystem, the C920 can function as a system controller, supporting up to five additional cards on the CompactPCI backplane to provide clock, arbitration and interrupt capabilities, or it can serve as a peripheral or “slave” board.

System support devices include an avionics-style, windowed watchdog timer, four 32-bit (or eight 16-bit) timers, and Real Time Clock (RTC). The watchdog timer can be set to either generate a non-maskable interrupt or a board reset.

The standard board support package (BSP) is available for WindRiver VxWorks, with a BSP available for Wind River ARINC653 or Green Hills INTEGRITY upon request. Each includes all on-board resources to enable the user to take full advantage of the C920’s powerful features. The COTS board is available in five different build levels, either air or conduction cooled.

Logistics support, configuration control, the ground-breaking COTSLifecycle+ component obsolescence mitigation program and earned-value management round out the scope of services provided by the company.

Having pioneered the development of true military VMEbus products for use in mainstream defense and aerospace applications in 1985 for the US Army, Aitech utilizes its broad base of off-the-shelf products and technologies to develop customer-specific solutions, deliver superior cost-performance and reliability, and expedite time to market.

The flight heritage and pedigree for Aitech’s products are evidenced in the many manned and unmanned/robotic orbital space flight subsystems, including the International Space Station (ISS – Freedom), in which the products are used.

Other applications range from mission processors, fire control, mission control and autonomous robotic subsystems for ground vehicles as well as surface and subsurface naval platforms to tactical and strategic fixed- and rotary-wing aircraft, and low- to high-earth orbit and deep space vehicles.