Tritech to Supply Sonar Systems for US Naval AUV Order 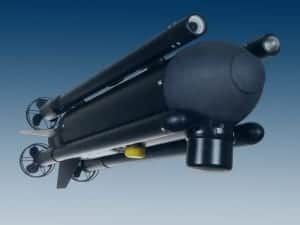 Tritech has been awarded a contract to supply German-based Atlas Elektronik GmbH, a leading systems supplier for naval electronics, with suites of sonar equipment for an urgent US Navy requirement.

Tritech sonars will be installed on SeaFoxTM mine neutralisation systems, supplied through ATLAS North America (ATLAS NA), in support of the US Navy requirement for a more effective mine countermeasures (MCM) system.

The SeaFoxTM system is a fibre-optic guided, one-shot, mine disposal vehicle, used for semi-autonomous disposal of naval mines and other ordnance found at sea. It is able to automatically relocate previously acquired positions of underwater objects within minutes using the integrated homing sonar equipment.

“Tritech is a respected industry leader in the provision of sensors and tools for ROV and AUV markets. We are delighted to be working with Atlas Elektronik on this contract and proud to be playing our part in supporting the US Navy in this very important activity.”