ReconRobotics Wins $13.9m Contract for up to 1,000 Mobile Robots 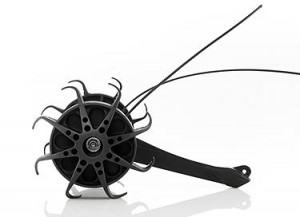 ReconRobotics, Inc., the world leader in tactical micro-robot systems, announced today that it has been awarded a $13.9 million contract by the U.S. Army’s Rapid Equipping Force for up to 1,000 miniature, throwable, mobile robots. The Indefinite Delivery, Indefinite Quantity (IDIQ) contract will streamline the purchasing process for deploying Army and Marine Corps units and speed delivery on the company’s pre-priced micro-robot systems and accessories. The U.S. Military is acquiring the micro-robots to provide four- and five-man fire teams with immediate tactical reconnaissance during urban warfare operations, surveillance missions and counter-IED efforts. ReconRobotics has already received and begun delivering the first order under this contract for 84 robots.

ReconRobotics created an entirely new class of military robots in 2007 when it introduced the throwable 1.2-lb (540g) Recon Scout® micro-robot. Prior to that time, military robots weighed 30 to 80lbs (13 to 36kg), were transported in vehicles, and were deployed as company- or battalion-level assets. Today, a warfighter can carry his Throwbot® XT in a pocket or small pack, and can deploy it in less than five seconds to gain lifesaving video and audio reconnaissance before he enters a compound or other structure. This capability can reveal the number of enemy combatants, the presence of civilians and the locations of improvised explosive devices (IEDs). More than 2,000 of the company’s robots are currently deployed in Afghanistan.

“For several years, our micro-robot systems have played a key role in protecting the lives of our soldiers and Marines as they conduct operations in active combat theatres,” said Ernest Langdon, Director of Military Programs for ReconRobotics. “We are honored that the Rapid Equipping Force has once again selected ReconRobotics to deliver this unique capability to those warfighters at the tip of the spear.”

More than 4,600 Recon Scout micro-robots are deployed or under contract, worldwide. Extremely small and easy to deploy, they can be thrown up to 120 feet (36m) or lowered into crawl spaces or caves to search for weapons caches and other hidden threats. On June 8, ReconRobotics introduced the Throwbot XT, a new generation micro-robot that provides both audio eavesdropping capabilities and video reconnaissance to U.S. troops. The Throwbot XT also has an automatic, infrared optical system that gives the warfighter clear, crisp video even in total darkness.

Nearly 500 police and security agencies, including the FBI, the Bureau of Alcohol, Tobacco and Firearms and the U.S. Marshals, also use Recon Scout robots for tactical reconnaissance in high-risk operations, as do many allied military and police forces, worldwide.