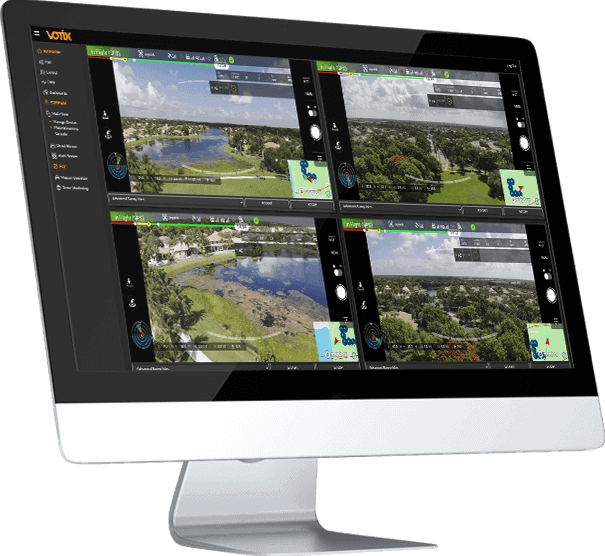 VOTIX STREAM is a cloud-based ultra-low latency streaming service for drone video that allows you to broadcast to multiple users in different locations anywhere in the world. The platform uses the VOTIX SHARE (VXS) mobile app to capture the video signal, which can then be broadcast as a peer-to-peer stream from any drone to any browser, or streamed simultaneously to multiple browsers via the VOTIX Video Management System (VMS).

VOTIX STREAM enables pilots to share real-time flight videos with anyone, anywhere, including simultaneous streaming from multiple drones to different audiences and multiple groups. Streams can be broadcast as open or authenticated, and are secured by strong encryption. Video feeds can also be imported from other sources such as IP cameras, CCTV, phones, body and dash cameras, allowing you to monitor and correlate videos from different angles and locations in one place for enhanced situational awareness.

Main features of VOTIX STREAM include: