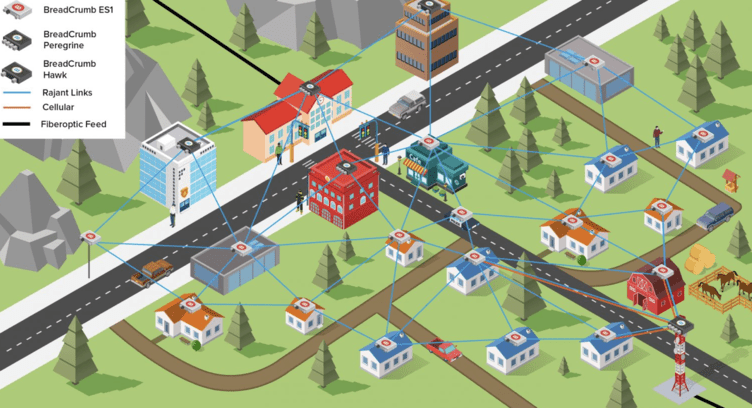 The companies began working together to provide wireless WAN and public Wi-Fi between government buildings under a contract signed in June 2022 before July’s flooding. The wireless rural broadband extended and enhanced the wired networking already in place with seamless integration, which required no infrastructure. This combination gave the Cynthiana and Harrison County communities a network able to support ‘Smart City’ applications, such as cameras for public safety and traffic monitoring.

“The idea for this project was generated very quickly and required assistance beyond Rajant and Accelecom,” said Kathryn Robertson, Accelecom’s Director of Business Development, about the free Wi-Fi for the flood zone. “The Center for Rural Development played a key role in connecting Eastern Kentucky health departments to the Accelecom network, thus making it possible to install Wi-Fi zones at the centers.”

“Rajant mobilized with technology, staffing, and financial support within the first 24 hours of the catastrophic flooding,” said Justin Warren, Rajant Sales Director for Rural Broadband. “As a natural extension of the work we are now doing with Accelecom and Eastern Telephone Technology, we were ready to step up to meet the emergency communication needs Kentucky is facing. Cell service is spotty due to the high demand brought on by frontline response and outdoor Wi-Fi is non-existent. To get area healthcenters up and running with outdoor connectivity, we rapidly put up Rajant BreadCrumb multi-frequency radio nodes with integrated Wi-Fi access point service for compatibility with millions of laptops, tablets, and smartphones.”