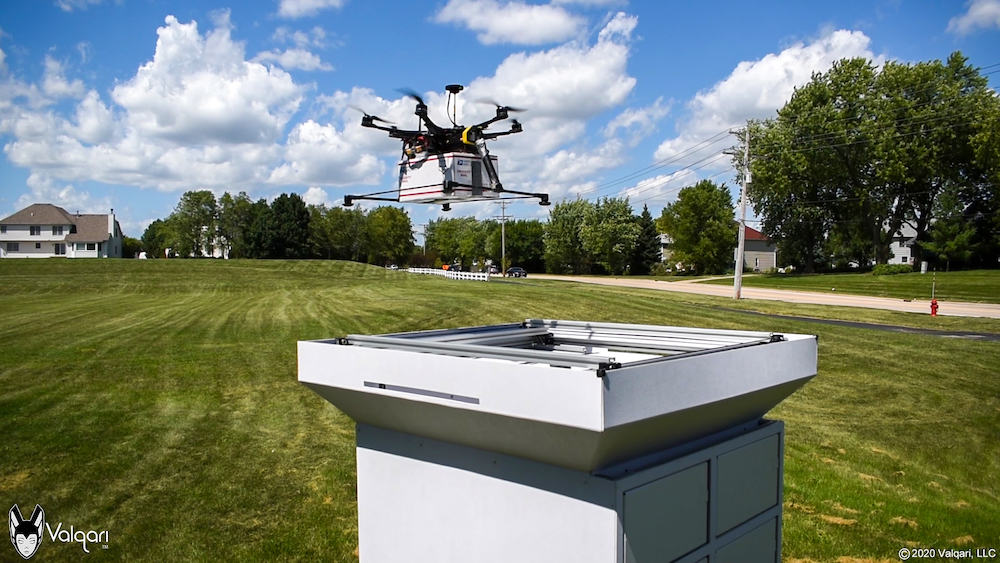 Chicago-based Valqari builds patented drone mailboxes and vertiports. The company claims it has solved the ‘last inch’ logistic problem with its patented Drone Delivery Station, a universal six-locker system. Valqari has 28 granted patents in 16 countries and territories including: the US, the UK, Germany, China, Hong Kong, Macau, Australia, South Africa and several other countries in the European Union.

“Valqari’s partnership with Volatus allows our autonomous and touchless shipping and delivery system to magnify in scale,” said Ryan Walsh, Valqari Co-Founder and CEO. “We have common goals and a shared passion to see this vision come to life. This partnership allows us to collaborate on the complex challenges our market faces in unique and groundbreaking ways.”