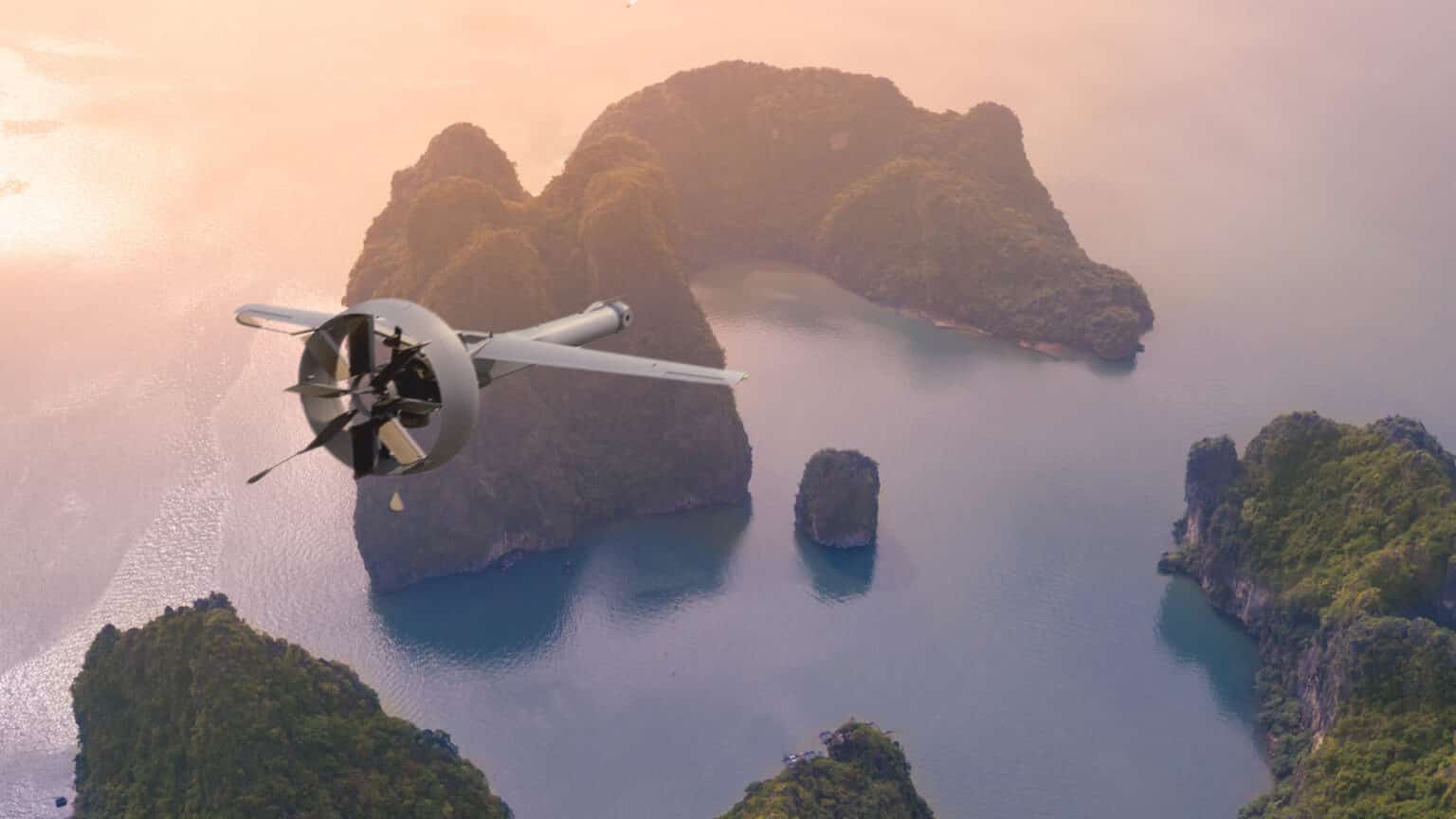 Shield AI has announced its inclusion in the first set of projects selected to receive funding for the Office of the Under Secretary of Defense for Research and Engineering’s (OUSD(R&E)) pilot program to Accelerate the Procurement and Fielding of Innovative Technologies, also known as APFIT.

According to the DoD’s official release, the purpose of the APFIT pilot program is to expeditiously transition technologies and get them in the warfighters’ hands. The benefits of this pilot will be to deliver war-winning capabilities to the warfighter.

“This is a win-win. For the warfighter, they will not have to wait the average 4-6 years to receive new tools and products to do their jobs more effectively.” said Brandon Tseng, Shield AI’s co-founder, President, and former Navy SEAL.

The V-BAT has an innovative, near-zero footprint vertical take-off and landing (VTOL) and long-endurance capabilities. Propelled by a single, ducted, thrust-vectored fan, it takes off and lands in the style of a SpaceX rocket. Its fully operational logistical footprint fits into the bed of a pickup truck or inside a Blackhawk helicopter, significantly reducing the total cost of capability. U.S. and international customers view the V-BAT as a flexible, cost-efficient platform capable of performing Group 2 UAS to Group 5 UAS missions and beyond.

Shield AI’s Hivemind software is an AI pilot for military and commercial aircraft that enables intelligent teams of aircraft to perform missions ranging from room clearance, to penetrating air defense systems, and dogfighting F-16s. Hivemind employs state-of-the-art algorithms for planning, mapping, and state-estimation to enable aircraft to execute dynamic flight maneuvers and uses reinforcement learning for discovery, learning, and execution of winning tactics and strategies. On aircraft, Hivemind enables full autonomy and is designed to run fully on the edge, disconnected from the cloud, in high threat, GPS and communication-degraded environments.

“When a military service buys V-BAT, they are not just getting a winning technology, product, and capability that will radically enable warfighters. They are also getting a team of world-class engineers and professionals committed to making service members proud and a best-in-class aircraft and cutting-edge software, all while helping advance a product roadmap that will transform the battlefield and strengthen global stability and national security,” Tseng added. “More and more people are understanding the value that is unlocked by our AI Pilot, Hivemind. Via Hivemind integration, operational read-and-react swarming and comms-contested, GPS-denied autonomous maneuvers are rapidly coming to V-BATs.”