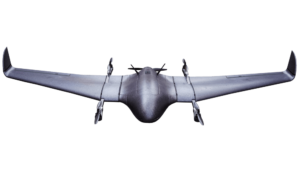 DeltaQuad has confirmed that it has integrated and successfully tested an advanced anti-jamming GPS system on board one of the company’s VTOL UAVs (unmanned aerial vehicles). The aircraft was tested against one of the most powerful military jamming systems, flying in autonomous mode, and received a perfect score during the trial.

For testing purposes, the ruggedized GPS system was installed together with a standard GPS system. As the vehicle came within range of the GPS jamming system, the standard solution quickly lost all positional awareness while the ruggedized system maintained an impressive amount of satellite locks, even while flying directly over the jammer at close range. The aircraft was able to autonomously resume its mission without any interruption.

The DeltaQuad is an industrial-grade VTOL fixed-wing UAV that performs fully autonomous surveillance missions. The platform is extremely easy to deploy and control and offers a live video stream from a surveillance sensor for real-time reconnaissance missions. Organizations choose DeltaQuad because of its high endurance capabilities, extensive long-range connectivity options and the integration of intelligent technologies such as object following.