Rio Controls & Hydraulics, a Sea Machines’ dealer, managed the installations and technology integrations at a U.S. Gulf of Mexico shipyard. Rio and Sea Machines will continue to work together to install additional SM200 systems on at least five more ATB tugboats by the same owner. 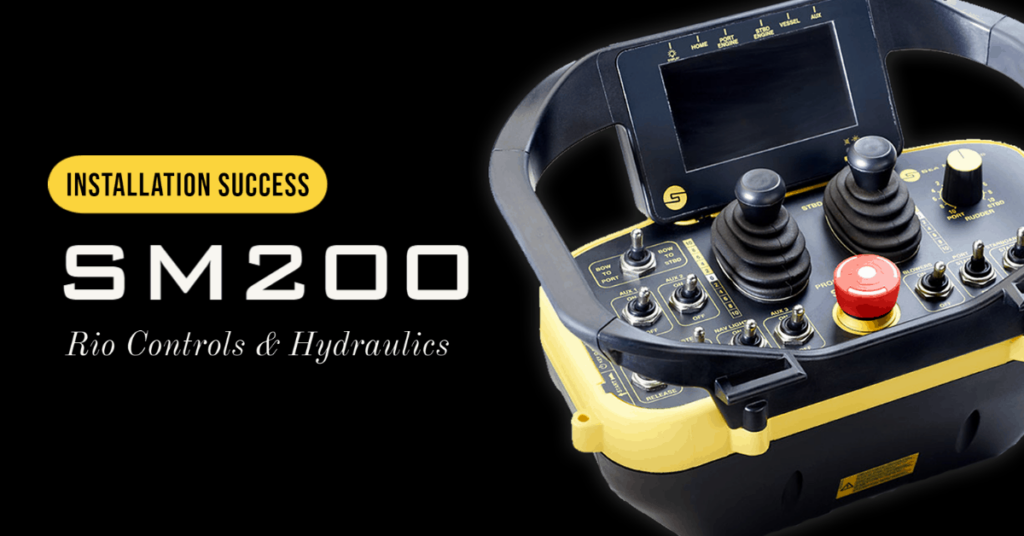 Sea Machines’ wireless helm system introduces flexible control for mariners, meaning that the primary operator is no longer bound to a fixed control station. This system enables wireless helm and propulsion control, as well as remote control of auxiliaries and payload equipment, freeing mariners from the wheelhouse to conduct operations from any location that offers the greatest visibility and safety. Following the installations, Sea Machines and Rio provided on-board training to crew, helping them to become familiar with the modern technology.

One significant advantage of using the SM200 aboard an ATB is for connecting the tug in the barge notch. This Sea Machines system empowers the pilot to be in full control of the tugboat and connecting pins with a direct local view of the task, as compared to conventional methods that often rely on signals relayed from another crew member to the wheelhouse. Along with vessel maneuvering, the SM200 beltpack also enables wireless remote control of vessel equipment, including connection pins, pumps, winches, anchor windlasses and more.

These capabilities were combined with Rio’s unique steering system and reliable control design, which has been proven across 200 installs, primarily with tugboats. The common PLC architecture between Sea Machines and Rio led to a seamless and straightforward integration.

“The installation process was successful, a statement not made lightly considering the fact that the SM200 needed to integrate with the tugboat’s systems, including the steering, propulsion and those of four different manufacturers,” said Rio’s Shane Faucheux, president. “After using the wireless helm, the crew reported that they no longer can work without it; they are very happy. It’s gratifying to know that we increased their operational safety by allowing them to put a clear and direct line-of-sight on the tug and barge during high-risk pinnings and dockings. The SM200 is the perfect complement to our innovative steering offerings.”

“Improving visibility and operational safety are critical for any operator, but especially so for larger vessels,” said Sea Machines’ Phil Bourque, business development and sales director, U.S. Government. “Delivering technology that ensures a crew has the proper visibility to perform their job safely and confidently is extremely fulfilling and provides real-world evidence for the value that Sea Machines systems can provide. We look forward to the next five installations – one small step we are taking to modernize our entire industry.”

The U.S. Coast Guard (USCG) and American Bureau of Shipping (ABS) approved the SM200 for installation aboard this ATB class of U.S.- flag tugboats in 2020. An industry first in wireless vessel control, the two bodies granted their approvals after an exhaustive review of Sea Machines’ technology and the SM200’s applications aboard these tugs, deeming the system satisfactory for shipboard installation and commercial operation. Rio and Sea Machines collaborated in the review and testing process.