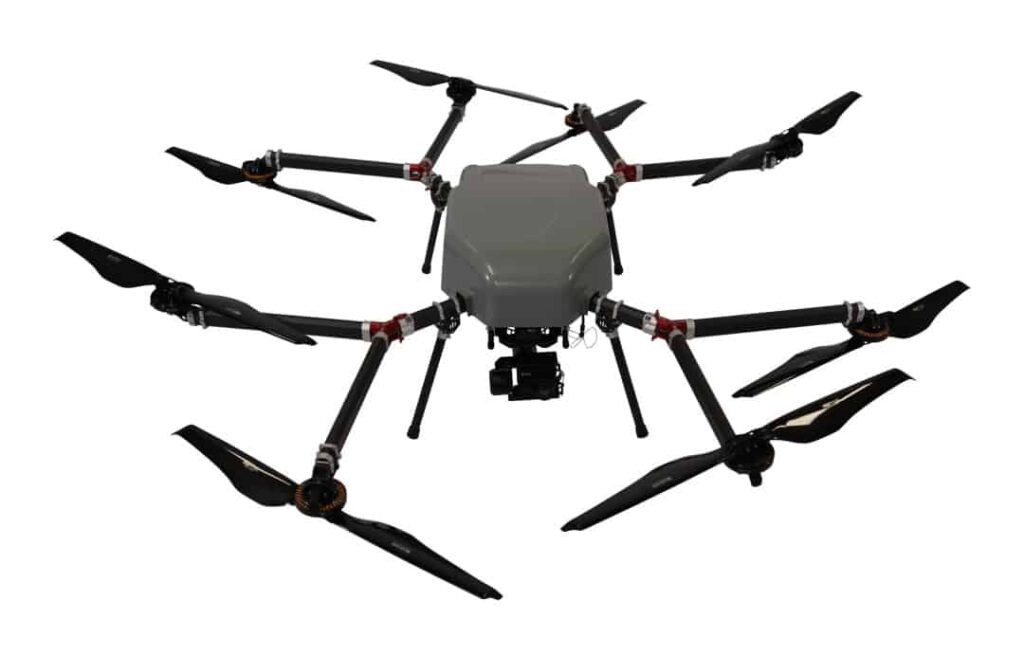 Skyfront, a developer of long-range hybrid-electric Unmanned Aerial Vehicles (UAVs), and Silvus Technologies, a provider of Multi-Input Multi-Output (MIMO) communications technologies, have announced that the two companies have collaborated to combine Skyfront’s Perimeter UAV with Silvus’ high-power StreamCaster radios. The new Perimeter XLRS drone features a flight endurance of up to five hours and the ability to maintain command and control links and stream real-time video at a range of up to 60 miles (100 km) from the ground control station.

The integration of the StreamCaster’s MIMO and beamforming capabilities provides the Perimeter with a steady, reliable video and control link, allowing the system to successfully overcome range limitations, signal attenuation and multipath interference. The Perimeter XLRS is ideal for surveillance and inspection missions in conditions where other data links may fail, such as in maritime, mountain, and jungle environments.

Features of the Perimeter XLRS drone integrated with StreamCaster MIMO technology include:

Troy Mestler, CEO of Skyfront, commented: “The integration of the StreamCaster into the Perimeter line of UAVs has enabled it to fully utilize its extreme endurance and fly beyond-line-of-sight (BVLOS) missions with ease. We are very excited to be partnering with Silvus Technologies to bring long-range aerial platforms into the mainstream.”

Kasey Cooper, Director of Unmanned Systems at Silvus Technologies, stated: “Silvus Technologies is proud to have Skyfront as one of our UAV partners. The Perimeter XLRS’s ability to support long endurance VTOL flight with the Silvus MN-MIMO waveform makes it a unique differentiator in the marketplace.”