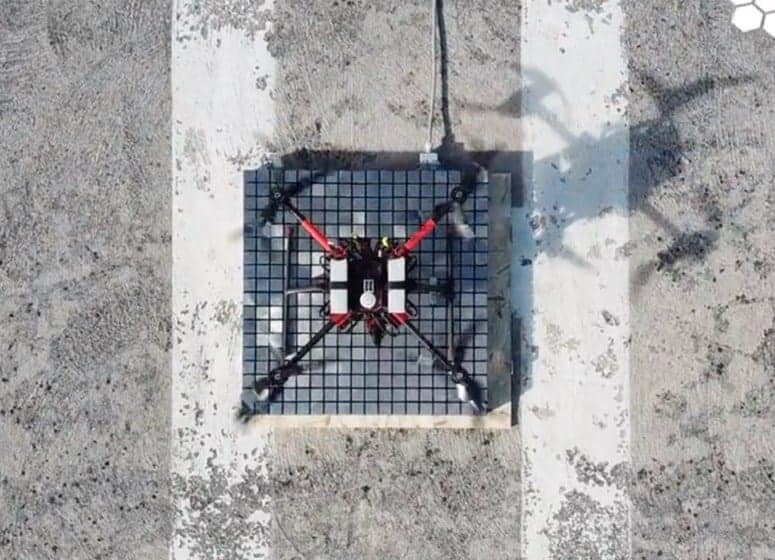 Skysense ​has ​​announce​d​ the launch of ​its new High Power Outdoor Charging Pad product line for unmanned aerial vehicles (UAVs). The public launch comes after months of testing and the first successful deployments in Norway and Finland

The autonomous drone charging station has been engineered as a turnkey solution that works out of the box​. THe system consists of a weatherproof stainless steel landing platform and a small added drone payload of only 45 grams. The system provides 500W of power at a consistent 92% efficiency, which Skysense claims makes it the fastest and most lightweight turnkey solution for automatic drone charging on the market.

The Skysense Outdoor Charging Pad features a rugged stainless steel conductive platform which has been designed to be permanently installed Outdoors, ensuring functionality in wet and harsh environments. The company states that its proprietary Wired Charging Technology charges​​ ​the ​drone ​batteries at the maximum allowed charging rate.

“When a drone lands on a wireless charging platform, it is very difficult to predict how long is going to take to recharge since the landing accuracy heavily affects the wireless charging efficiency. Skysense Wired Charging Technology ​is reliable ​and the company decided to be the first company to guarantee charging times of one hour for LiPo batteries up to 10,000mAh,” commented a spokesperson for Skysense.