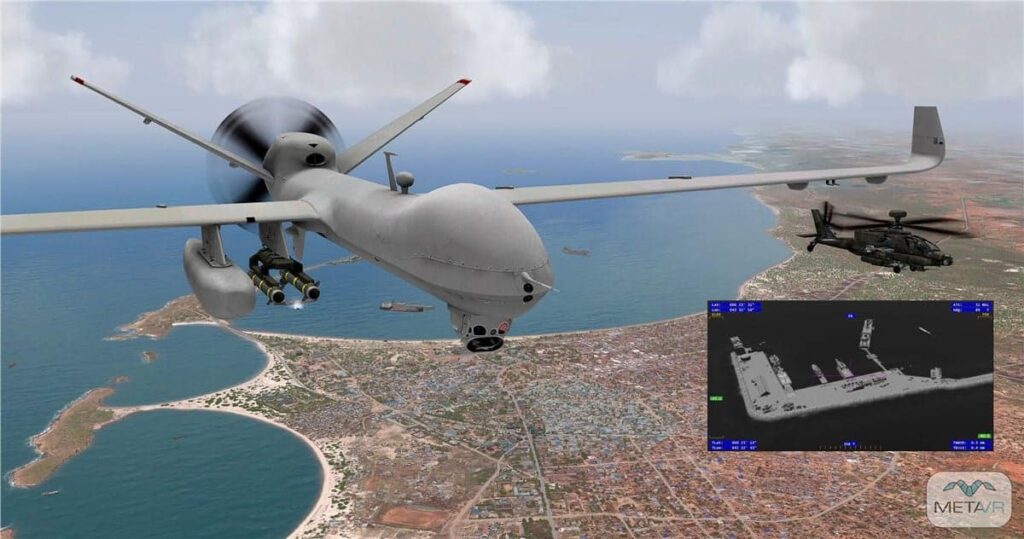 The VRSG software is used in the Air Force’s MALET-JSIL Aircrew Trainer (MJAT) – a plug-and-play training capability that converts an operational MQ-9 ground control station (GCS) into a training simulator.

With its force-multiplying ability to enable RPA operators to train on actual aircraft GCS hardware, using real ISR systems and interacting with networked Joint Terminal Attack Controller (JTAC) simulators, the embedded MJAT provides the US Air Force a flexible and cost-effective method to ‘train as it fights.’ The MJAT also provides RPA operators the ability to conduct simulation training as part of their qualification and continuation training.

VRSG shares a common baseline with Battlespace Simulations’ Modern Air Combat Environment (MACE), which is used by all MJAT simulators for scenario creation and fully/semi-automated enemy force generation. This coupling enhances interoperability and correlation between MJAT and the large number of fielded VRSG-MACE-based JTAC simulators. This interoperability is critical in the simulated training environment, in order to emulate the joint force interaction and collaboration between Reaper sensor operators and JTACs during real-world missions.

“MJAT allows the US Air Force to maximize the use of its MQ-9 Reaper GCS at all times, to direct existing resource into deployed operations or training capacity in line with shifting demand,” Garth Smith, President of MetaVR commented. “The MQ-9 Reaper joins the growing list of US military UAV/RPA training platforms we support, including the Grey Eagle, Shadow, and Aerosonde.”

These new licenses will extend the roll-out of the MJAT simulator across US Air Force MQ-9 Reaper GCS sites. To date 56 MJATs have been fielded by the Air Force.