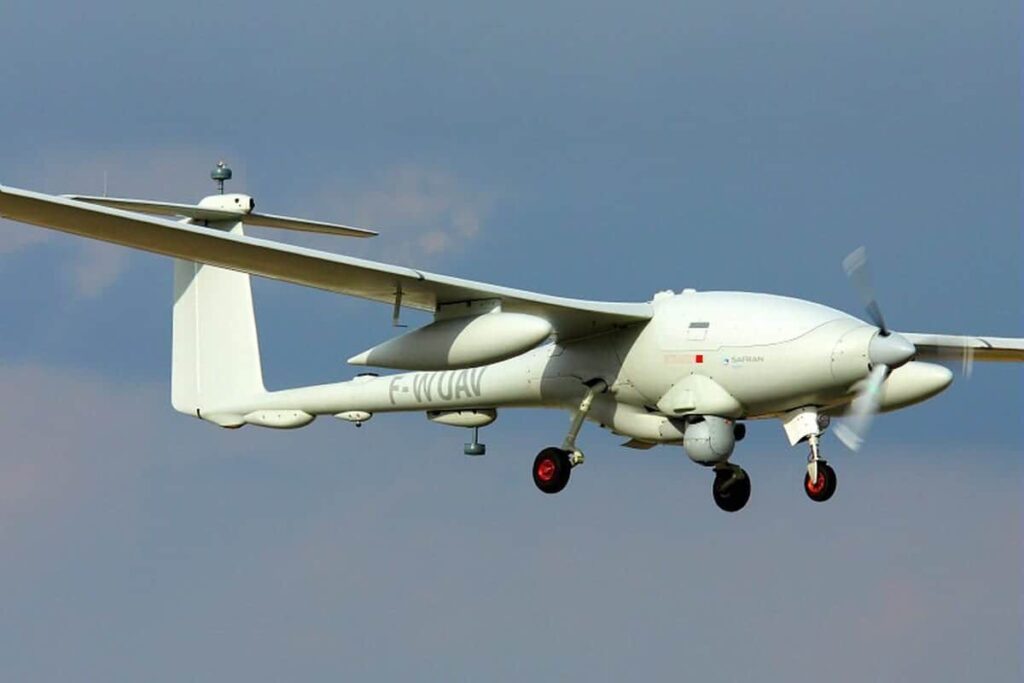 Safran Electronics & Defense has announced that its Patroller tactical drone has started the final phase of industrial qualification at the Istres DGA flight test center in southern France.

Patroller has already made more than 220 flights, clearly demonstrating that it meets all assigned criteria: automated takeoff and landing, mission execution, the simultaneous operation of its sensors in real time, the capabilities of its electro-optical and radar payloads, low noise levels, endurance, ease of use and availability. During these qualification flights, as well as in previous tests, the Patroller tactical drone has proven its ability to meet the challenges of today’s missions, by guaranteeing the French Army’s technological superiority in theaters of operation, while ensuring low operating costs.

The airframe features a modular design, enabling it to carry a multi-sensor intelligence payload of up to 250 kilograms (electro-optical, radar, electronic warfare), tailored to each type of mission. Patroller can carry out missions not only for armies, but also air forces, navies and homeland security forces. The Patroller will shortly participate in maritime surveillance operations as part of the European Commission’s Preparatory Action on Defence Research (PADR) program.

The Patroller’s ground station handles multiple functions: mission planning and management, reconnaissance, location-determination, automatic target tracking, real-time intelligence data fusion and distribution, and onboard simulation for training exercises, all in compliance with the latest NATO standards. The Patroller tactical drone is one of the first systems of this type to be officially certified according to the NATO standard for this class of drone, STANAG 4671.

Reflecting Safran Electronics & Defense’s expertise in the key “observe, decide, guide” functions, the Patroller is largely made in France and also represents a stimulating industrial challenge. Safran Electronics & Defense’s plants in Montluçon, Dijon, Fougères, Eragny and Poitiers are all fully mobilized to rise to the challenge of the Patroller program, by leveraging their operational excellence to deliver this system on time. The first Patroller package in the French Army’s tactical drone system (SDT) program, which consists of five drones and two ground stations, will be delivered to the French Defence Procurement Agency (DGA) at the end of 2019.