european-maritime-safety-agency News By Mike Ball / 23 May 2019 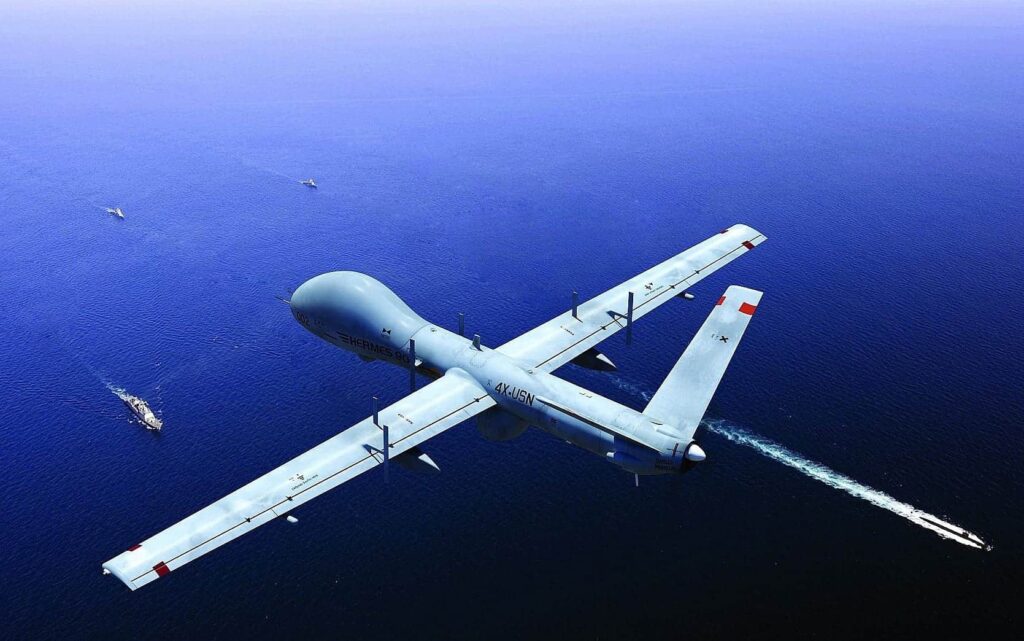 The European Maritime Safety Agency (EMSA) has announced that a medium altitude long endurance (MALE) unmanned aerial system (UAS) is being used by the Icelandic maritime authorities to enhance the maritime picture over its Exclusive Economic Zone. The UAS service follows a request made by the Icelandic coast guard to EMSA. The UAS will be integrated into the existing surveillance mechanisms and procedures covering coast guard functions in the areas of maritime safety and security, search and rescue, environmental protection, law enforcement and fisheries control.

The particular UAS in use – an Elbit Systems Hermes 900 – is adapted to withstand the strong winds and icy conditions common to the North Atlantic Ocean. It has an endurance of over 12 hours and may perform maritime surveillance tasks in areas extending as far as 200nm from the shoreline. The operations are based at the Egilsstaðir airport in the east of the island. From there, they have the capability to cover more than half of the Icelandic Exclusive Economic Zone.

EMSA’s RPAS services for Iceland involve the cooperation of several Icelandic authorities, who will be able to follow the missions remotely thanks to EMSA’s RPAS data centre. Users will include the Icelandic coast guard, the fisheries directorate, the environment agency, the customs directorate, the police force, and the search and rescue association.

The Hermes 900 RPAS is under contract by EMSA from CEiiA – the Centre of Engineering and Innovation. It is a MALE-class fixed wing, single engine RPAS and is capable of night and day operations. Using SATCOM technology, it can operate beyond radio line of sight. The payload consists of electro-optical and infra-red video cameras, maritime radar, AIS receiver, and an EPIRB receiver.

“EMSA’s RPAS services give us and our users, in this case Iceland, another lens through which we can gain even greater situational awareness. Our services have been used by three different member states since the beginning of the year and more are in the pipeline for the upcoming months,” explained Executive Director, Maja Markovčić Kostelac.