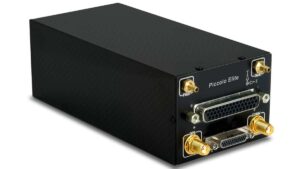 The Piccolo flight management system, developed in the company’s Hood River, Oregon facility, consists of an air vehicle autopilot, a ground station, a simulation environment and operator interface software, supporting fully autonomous flight operations for small UAVs. This next iteration of Piccolo technology adopts a more open architecture that allows the system to be deployed in any type of qualified hardware environment, helping to reduce cost and allow for easier support and implementation onto more platforms.

The Piccolo family of systems have operated in over one million flight hours on a variety of UAV platforms such as the Arcturus UAV Jump 20 and T-20, Textron Systems Aerosonde Small Unmanned Aircraft System, Griffon Aerospace Outlaw, Navmar Applied Sciences Corporation TigerShark, PAE ISR Resolute Eagle and others operated by multiple U.S. Department of Defense and commercial customers.