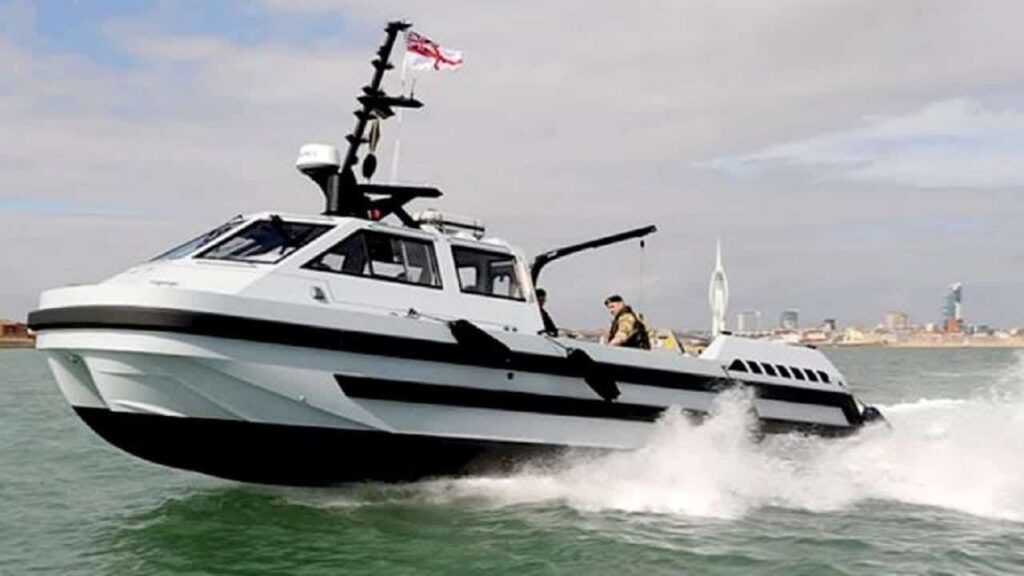 The United Kingdom Ministry of Defence (MOD) has announced a £75million injection into pioneering new robotics technologies aimed at revolutionising Royal Navy operations. The funding boost will be spent on two new autonomous mine-hunter vessels with cutting-edge sonars to enable remote mine-hunting at higher range, speed and accuracy in the Gulf, as well as a new joint military and industry hi-tech accelerator, NavyX.

The Royal Navy’s new autonomy and lethality accelerator will look to overhaul and turbocharge the way the Royal Navy buys the latest technology, streamlining the process and creating a brand-new facility where industry, military and academia can test, assess and purchase new equipment.

Defence Secretary Gavin Williamson said: “Today’s announcement will not only allow the Royal Navy to rapidly harness dynamic, cutting-edge equipment at speed, but also ensure they can outpace adversaries both on the water and the sea floor. Technology is moving faster than ever, and with the defence landscape rapidly evolving, we must ensure our Armed Forces are continually pushing the boundaries at the forefront of this change.”

By operating autonomous mine-hunters, the Royal Navy will not only improve current capability and put sailors at less risk, but also ensure the Royal Navy can evolve to meet developing underwater threats.

Admiral Sir Philip Jones KCB ADC DL, First Sea Lord and Chief of Naval Staff, said: “From the invention of the steam catapult and aircraft carrier, to the first use of sonars and torpedoes, the Royal Navy has a strong pedigree in the development, testing and introduction of new technologies that help us keep our country safe.”

“Across the generations, our willingness to embrace innovation has kept us one step ahead of our adversaries, and to assure our continued success on operations into the future it is vital that the Royal Navy continues to be equipped with the latest cutting-edge capabilities we need to address the rapidly evolving challenges that pose a threat to our national interests around the globe.”

During a visit to QinetiQ’s Portsdown Technology Park, which is building the UK Centre of Excellence for Maritime Mission Systems, the Defence Secretary saw first-hand the work being done in the field by British industry. More than fifty state-of-the-art autonomous vehicles, vessels and drones were on display at the technology park, including hoverbikes, wave gliders and Gravity’s ‘Ironman’ flying suit.

The development of NavyX, which will combine the brightest military minds, civil servants, entrepreneurs and industry specialists, comes after the Royal Navy’s involvement in Unmanned Warrior, Commando Warrior and Information Warrior, which was held at Portsdown Technology Park. It also comes after Mr Williamson announced the first of the three Royal Navy Defence Transformation Fund programmes, an accelerated Concept and Development Phase for two new Littoral Strike Ships.

After securing an extra £1.8bn for defence and overseeing the Modernising Defence Programme, the Defence Secretary has dedicated millions of pounds to transforming defence, arming the British military with innovative technology through fast-tracking new projects. The MOD is embracing transformation at an ever-faster rate and the Transformation Fund is focused on investments in high-tech innovation that will create the armed forces of the future.