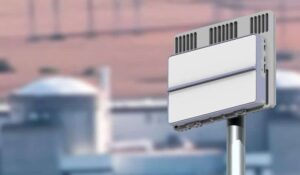 Echodyne, a manufacturer of small electronically scanned array (ESA) radars for government and commercial markets, has announced today that it will demonstrate enhanced airspace situational awareness by visualizing EchoGuard sensor data through augmented reality at AUVSI XPONENTIAL 2019 in Chicago.

Echodyne’s ESA radar is the first of its kind in the industry. Recently, the Company affirmed its participation in a number of initiatives at UAS Centers of Excellence across the country, including NASA’s Unmanned Traffic Management (UTM) Technical Capability Level (TCL), FAA’s UTM Pilot Program (UPP) and FAA’s UAS Integration Pilot Program (IPP).

“Having the ability to demonstrate how our EchoGuard radar contributes to airspace safety at the premier conference for the unmanned systems industry is just another exciting step for Echodyne,” said Eben Frankenberg, CEO of Echodyne. “This is another example of Echodyne delivering innovation that enhances both mission and public safety.”