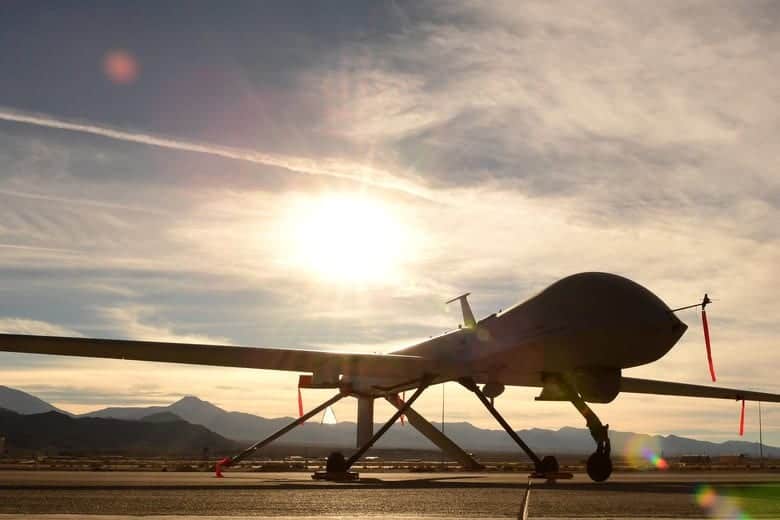 The U.S. Air Force has announced that the MQ-1B Predator and MQ-9 Reaper remotely piloted aircraft (RPA) have reached a historic flight hour milestone. The Predator and Reaper UAS (unmanned aerial systems) have now been flown more than 4 million hours in support of a 24-hour mission around the world conducting persistent attack and reconnaissance; search and rescue and strike and support to civil authority missions in support of multiple combatant commands.

By comparison, the RC-135V/W Rivet Joint manned surveillance aircraft has flown a little more than 1 million hours and the U-2 Dragon Lady has flown 485,000 hours. Both of those numbers are calculated over the lifetime of the program, with data being gathered as far back as the 1960s.

“The total number of hours for the birds is wildly impressive,” said Jim Roche, the 20th secretary of the Air Force who served from 2001 to 2005. “But, even more impressive is the 4 million hours of pilot and sensor operator time. That’s over 450 years of operations time per crewman. Add in maintainers, planners and support personnel, and this means that our RPA operation was and will remain massive and deadly when needed.”

“Our country and a number of our allies have benefited in wartime in ways we would not have believed before the turn of the century,” continued Roche, who was instrumental in the weaponizing of the MQ-1 after 9/11. “To all who made this happen, to include the design and manufacturing of the aircraft and who continue to adapt these devices to emerging threats, our wholehearted thanks and admiration. Well done, Airmen.”

The Airmen who are responsible for the MQ-9 are located at Creech Air Force Base, Nevada; Ellsworth AFB, South Dakota; Whiteman AFB, Missouri and Shaw AFB, South Carolina. The capability these aircraft provide to the Department of Defense is unique and the Air Force is committed to building on the successes of the RPA enterprise.

“This is a weapons system and community that was born out of innovation,” said Air Force Chief of Staff Gen. David Goldfein during a visit to Creech AFB in January 2019. “We needed to build an enterprise to better understand the adversary and keep their heads down so they could never put together a complex attack. The Airmen here are delivering combat capabilities every single day.”

“Every day, Airmen in this wing — from maintenance, to sensor operators, to pilots, to mission intelligence coordinators, to the thousand Airmen who have their fingerprints on every aircraft, every sortie that takes off, to every line that we fly — are bringing new innovative ideas to how we do this business,” Goldfein said. “It represents some of the most flexible operations that we have in our inventory.”

“They’ve essentially changed the face of warfare,” said retired Gen. Mark Welsh, the 20th Air Force chief of staff who served from 2012 to 2016. “There really aren’t too many groups in history that have truly done that. The most exciting thing to me is that 4 million hours is just the beginning. I can’t wait to see what these great Airmen can do with better and better technology.

“They’re pioneers,” Welsh continued. “I hope they’re as proud of what they’ve accomplished as we are of them.”