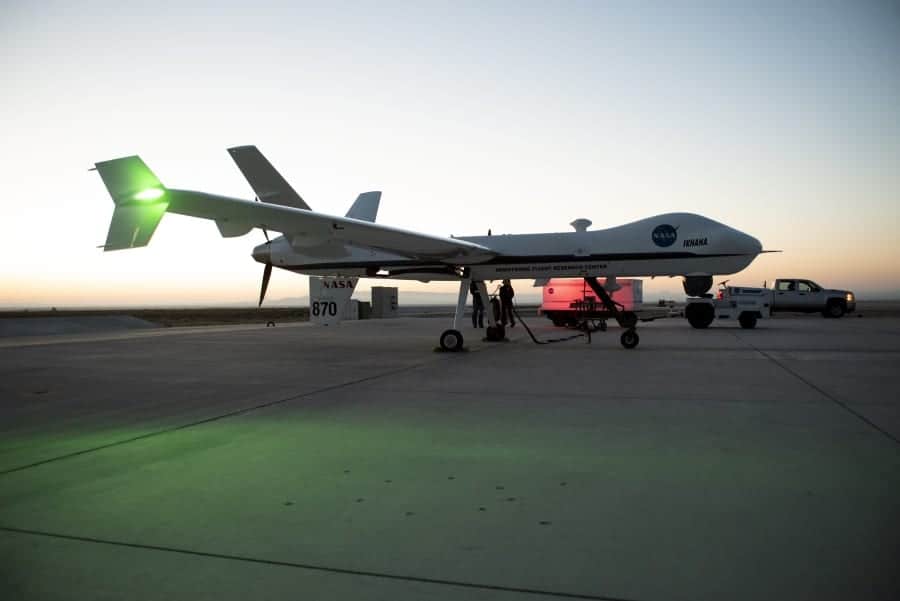 General Atomics Aeronautical Systems, Inc. (GA‑ASI) has announced that its Detect and Avoid (DAA) avionics system was the key technology that enabled an unmanned aircraft flight through the National Airspace System (NAS) after taking off from southern California. The DAA system installed on Ikhana, a NASA-owned Predator B/MQ-9 Unmanned Aircraft System (UAS), enabled the UAS to meet the FAA’s 14 CFR 91.113(b) requirement to “see and avoid” other aircraft during the flight.

“Our goal of producing UAS that can be certified to fly in non-segregated airspace took a big step forward today,” said Linden Blue, CEO, GA-ASI. “Today’s successful flight is testament to the strong relationship that we have with the FAA, NASA’s Armstrong Flight Research Center and Honeywell to produce the definitive standard for unmanned aircraft operation in congested airspaces.”

The DAA system combines automatic collision avoidance with the ability for the pilot to remain ‘well clear’ of other airspace users. Its subsystems include a GA-ASI-developed airborne radar, a TCAS II and DAA tracking capability from Honeywell, Automatic Dependent Surveillance-Broadcast (ADS-B) IN/OUT, and a Conflict Prediction and Display System.

“Our DAA system is more capable than the collision avoidance systems required on today’s commercial manned aircraft and we believe it far exceeds the average pilot’s ability to ‘see and avoid’,” said David R. Alexander, president, Aircraft Systems, GA-ASI. “The predictive capabilities our system employs create a safe environment for manned and unmanned aircraft to fly together in the NAS.”

GA-ASI has been working with the FAA, NASA’s Armstrong Flight Research Center, Honeywell, and other industry partners since 2013 to develop, flight test, and standardize an airborne DAA system. Flight tests on NASA’s Ikhana served as the basis for verification and validation of RTCA DO-365 and DO-366 technical standards for DAA, which were published by RTCA in May 2017. This has put GA-ASI on a path towards leading the industry in operating medium-altitude unmanned aircraft in civilian airspace.

GA-ASI has been developing the DAA system with internal funding for inclusion on all its aircraft. In particular, the new MQ-9B SkyGuardian is provisioned to include the DAA system as a customer option, and the company’s MQ-25 offering also includes the opportunity for the U.S. Navy to incorporate DAA. The DAA system for MQ-9B is designed to comply with the FAA-designated DO-365, “Minimum Operational Performance Standards for Detect and Avoid Systems.”