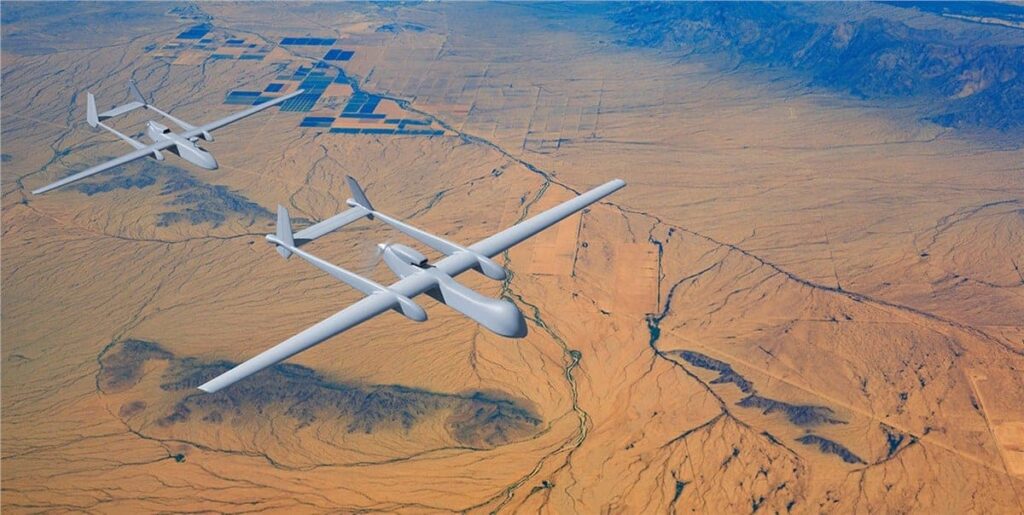 Airbus has announced that it has signed an agreement with the Federal Office of Bundeswehr Equipment, Information Technology and In-Service Support (BAAINBw) to provide Heron TP unmanned aerial systems (UAS) after parliamentary approval was granted. The contract includes both the provision of Heron TP UAS as well as all operational services required for the system. In accordance with German budget law, the contract will become effective upon publication of the federal budget.

Heron 1 drones, which are currently deployed by the German Armed Forces in Afghanistan and Mali, are to be replaced by the more powerful IAI (Israel Aerospace Industries) made Heron which is already fully operational with the Israeli Air Force, although the contract between the Bundeswehr and Airbus is based on this previously successful model. Industry will ensure system performance, flight hours and availability and enable soldiers to focus fully on their respective missions.

The project will have a two-year set-up phase, followed by an operational phase lasting a further seven years, thereby bridging the gap until a sovereign European drone will be developed.

“This project will provide the Bundeswehr with an even more efficient system that will better protect soldiers in a wide range of threat situations as well as the at-risk civilian population,” said Jana Rosenmann, Head of Unmanned Aerial Systems at Airbus. “The modular concept will allow us to provide the Bundeswehr with the capabilities it needs on time for the years to come.”

Shaul Shahar, IAI EVP and General Manager of the Military Aircraft Group, said, “We are thrilled and proud of this agreement with the Federal Ministry of Defence, a major strategic customer. The Heron TP is a first rate strategic RPAS. Its strong performance will provide Germany with unprecedented air superiority. We would like to thank the German government for this vote of confidence built over many years. We are committed to preserving the quality of our service and systems and look forward to continued collaboration.”

Under the terms of the basic contract, the Bundeswehr will receive five aircraft equipped for reconnaissance missions and capable of carrying weapons, four sets of ground segments, training environments and all system operational services. The basic contract also includes preparing the drones for their use in future countries of operation.

The systems are equipped with electro-optic and infrared sensors and imaging radar systems to perform far-reaching reconnaissance tasks. Satellite communication systems and German data and voice encryption systems are also part of the configuration. The UAVs are also kitted out with a weather radar system so that they can operate in bad weather conditions.

The MALE HERON TP system will get military certification from the German Armed Forces aviation authority in accordance with STANAG 4671 allowing the system to be used around the world. This is supplemented by the integration of collision avoidance capabilities.

As was the case with the previous model, the Heron 1, Airbus as prime contractor will closely collaborate with Israeli company Israel Aerospace Industries Ltd (IAI). Complementing its role as prime contractor, Airbus is already a Heron TP design organisation approved by the German Armed Forces aviation authority and will also become the approved Heron TP manufacturing and maintenance organisation for the project.