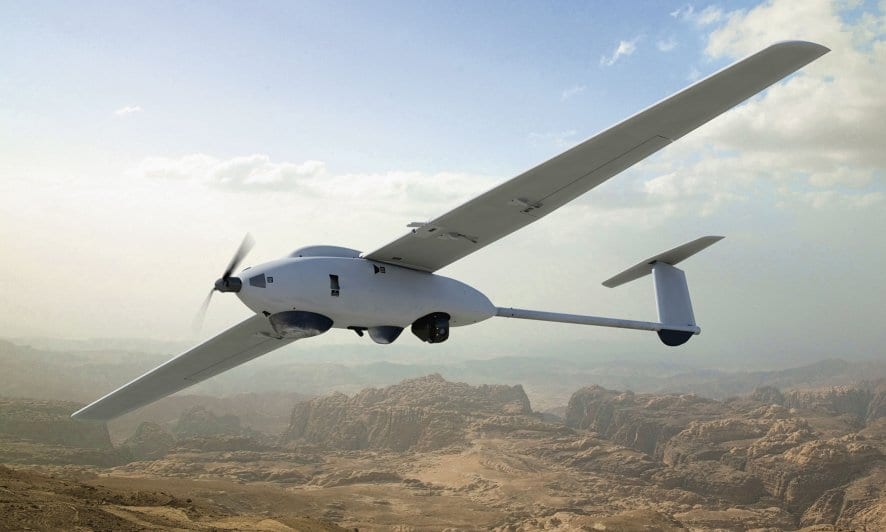 Lockheed Martin has announced that its Stalker eXtended Endurance (XE) unmanned aerial system (UAS) has been upgraded with a vertical take-off and landing (VTOL) capability. This new option gives users greater mission flexibility allowing them to operate the system in more austere locations.

The new VTOL option features a reduced logistics footprint and expands how and where the Stalker XE UAS may operate. Other launch alternatives include a pneumatic rail or a standard bungee launch system.

“By offering three unique launch options, we will support day or night flight operations in a variety of environments, expanding Stalker XE’s ability to do more with less,” said Russell Coons, Stalker XE program manager. “We continue to evolve the system to bring more capability to our system operators.”

Stalker XE is an operationally proven, small, silent UAS that provides long-endurance imaging capability through image stabilized pan, tilt, zoom on electro-optical, infrared, low-light and high-def imagers, along with an image tracker. It features a digital backbone that allows for rapid plug and play of the latest technology, meaning better pictures and more capabilities.

Stalker XE is an all-weather system with a 12-foot wingspan, weighing 24 pounds with standard payloads. Depending on payloads and launch option, Stalker XE can fly up to eight hours with a propane fuel cell or up to four hours with a battery option at a cruise speed of 35 mph.