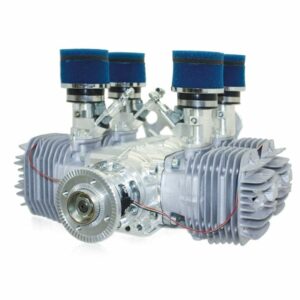 3W-International has announced that it has formed a partnership with Sky Power GmbH for further development and performance enhancement of 3W’s UAV (unmanned aerial vehicle) engines. The first new additional products and new performance engines are planning to be ready before the Xponential 2018 unmanned systems trade show in Denver.

“We look forward to the results because we can provide our customers with a broad range of performance engines,” explained Karsten Schudt, managing partner at 3W-International GmbH. In addition to the standard engines from 3W-International, propulsion units individually optimized for consumption and performance were being repeatedly requested by 3W’s customers. “Sky Power’s function is similar to a contract tuner for a car manufacturer. Customer adaptations, new developments, and performance enhancement of 3W products are the goal of that partnership,” added Schudt.

As a first step, Sky Power GmbH implemented an improvement in the ignition and injection systems that are used in all 3W engines. “The initial tests are promising and show that we can expect massive fuel savings. We’ve already introduced the systems at individual conferences with positive feedback. The first engines will be presented to professional visitors at Xponential in Denver,” said Schudt.