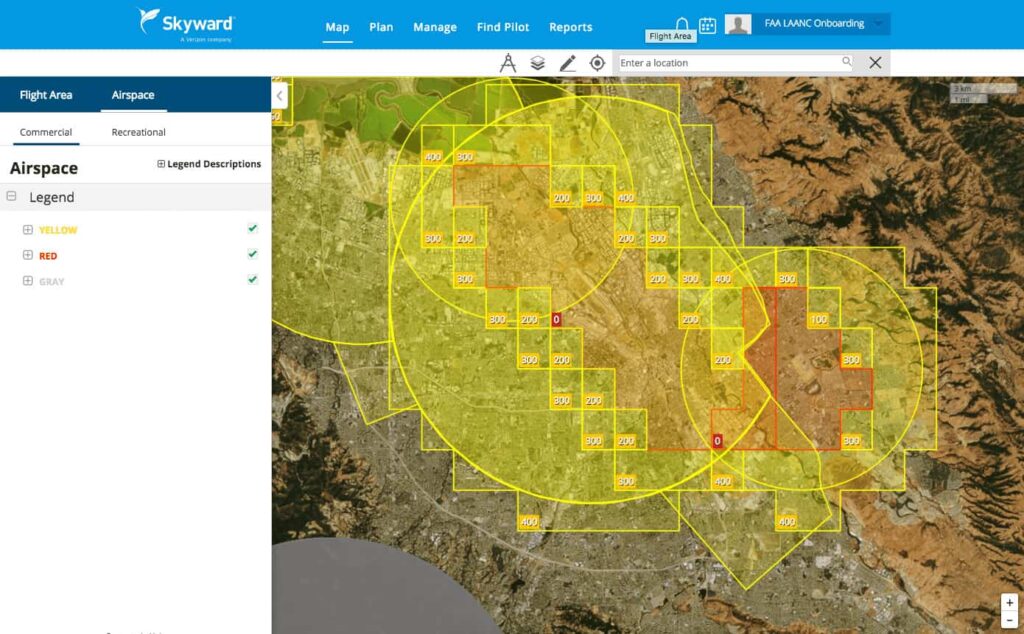 The Federal Aviation Administration (FAA) has announced that it is expanding tests of an automated system that will ultimately provide near real-time processing of airspace authorization requests for unmanned aircraft (UAS) operators nationwide.

Under the FAA’s Part 107 small drone rule, operators must secure approval from the agency to operate in any airspace controlled by an air traffic facility. To facilitate those approvals, the agency has previously deployed the prototype Low Altitude Authorization and Notification Capability (LAANC) at several air traffic facilities to evaluate the feasibility of a fully automated solution enabled by data sharing. Based on the prototype’s success, the agency will now conduct a nationwide beta test that will deploy LAANC incrementally at nearly 300 air traffic facilities covering approximately 500 airports.

LAANC uses airspace data provided through UAS facility maps. The maps show the maximum altitude around airports where the FAA may authorize operations under Part 107. LAANC gives drone operators the ability to interact with the maps and provide automatic notification and authorization requests to the FAA. It is an important step in developing the Unmanned Aircraft Systems Traffic Management System (UTM).