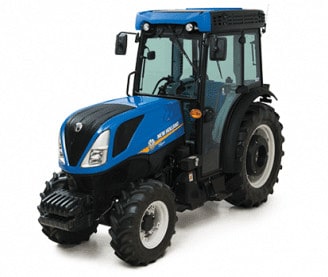 Autonomous Solutions, Inc. (ASI) has announced that the company’s technology has been selected for use in two pilot programs with large scale commercial growers in California. A partnership agreement has been announced between ASI, New Holland Agriculture, and E. & J. Gallo Winery, the largest family-owned winery in the world, to operate the autonomous vehicles in their vineyard operations.

Similarly, there has also been a partnership announced between ASI, Case IH, and Campbell Soup Company’s Bolthouse Farms, one of North America’s largest vegetable growers.

The primary purpose of these pilot programs is to collect more data and feedback from the best farm operators.

“We are delighted to work with these world class organizations at this exciting time,” says Mel Torrie, CEO of ASI. “The technology maturity and lower costs are converging towards an automation disruption just in time to help with the severe shortage of farm labor.”

E. & J. Gallo Winery will be using New Holland T4.110F vineyard tractors in their operations in California that are fitted with autonomous technology. The systems will be performing a full range of maintenance and crop production tasks. These tasks are highly repetitive and are done many times throughout the year, making them an ideal application for automation.

ASI and Case IH are also working with Bolthouse Farms. This pilot program, also based in California, will be using multiple autonomous Case IH Steiger Quadtrac tractors for crop tillage.

“Feedback from these operations is key for us to further refine the solution for specific implements and production scenarios,” says Bret Turpin, Agriculture Project Owner for ASI.

This work builds upon longstanding collaboration between ASI and these global agricultural manufacturers. Recently commercialized products, which have derived from the research and development activities of the autonomous program, have included the release of Case IH’s AccuTurn and New Holland Agriculture’s IntelliTurn automated end-of-row turning products.