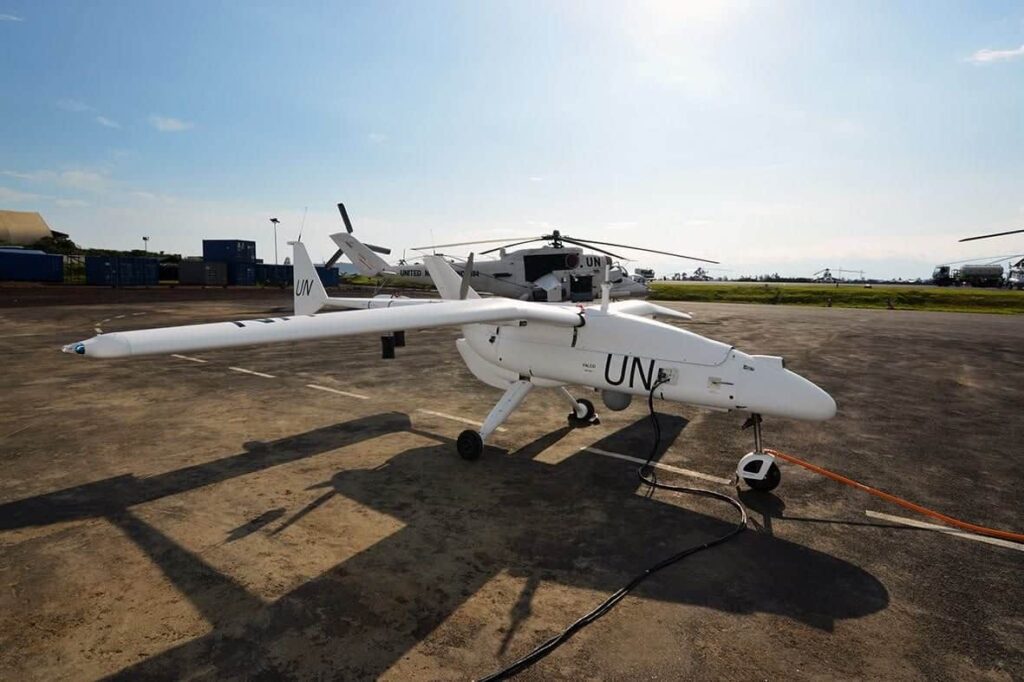 Leonardo has announced that its Falco family of Remotely-Piloted Air Vehicles (RPAS) have together logged more than 15,000 hours of operational flight. The milestone was announced by the Company at UMEX, the United Arab Emirates’ specialist unmanned systems exhibition.

Since its maiden flight in 2003, more than 50 Falco family RPAS have been brought into operation around the world with five customers. While some users choose to operate the surveillance and intelligence-gathering platform independently, others opt for Leonardo to own and operate its own Falco aircraft and provide surveillance data as an air service operator. This latter model is becoming increasingly popular, with a reference customer for Leonardo being the United Nations. Here, Leonardo has flown Falco RPAS for thousands of hours over its first four years of support for the organisation’s humanitarian MONUSCO mission.

As the Falco continues to evolve, the latest addition to the family, called the Falco Evo, is already proving to be a success, having been selected by two customers in the Middle East and Gulf region. The Falco Evo is the longest-endurance model in the family, offering customers more than 20 hours of flight time while carrying a payload of up to 100 kg. Falco Evo is capable of carrying a range of Leonardo sensors including the company’s Osprey and Gabbiano UL (Ultra Light) radars, and customers can also choose to equip the platform with third-party sensors.

Leonardo claims to be the only company in Europe able to offer a complete end-to-end RPAS system including its sensors/comms, mission management systems and ground control stations.