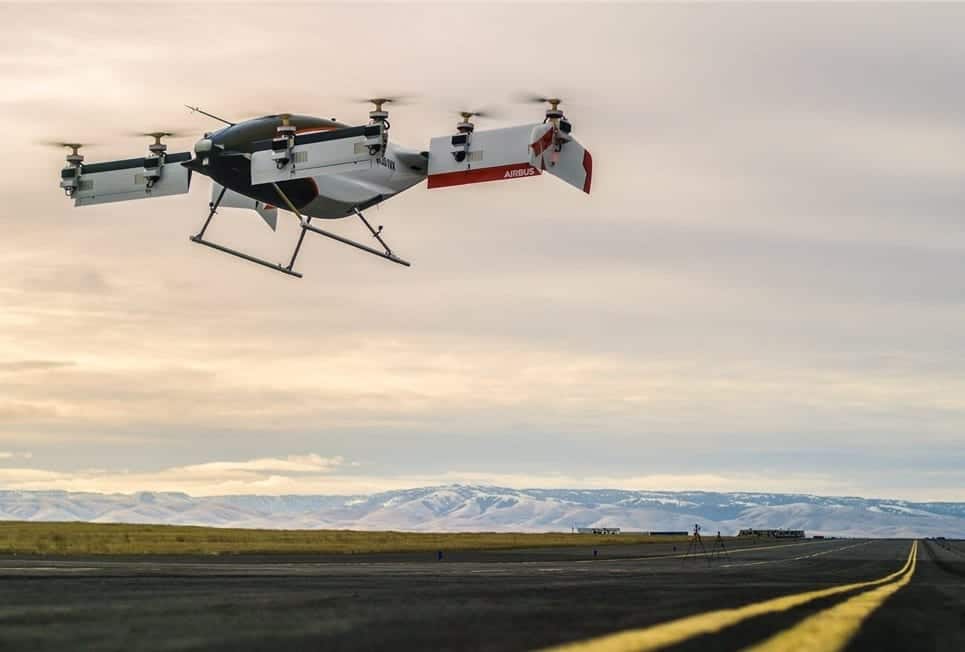 Airbus has announced that Vahana, an all-electric, self-piloted, vertical takeoff and landing UAV (unmanned aerial vehicle) built by the company’s innovation outpost in Silicon Valley, A³, has successfully completed its first full-scale flight test, reaching a height of 5 meters (16 feet) before descending safely. The test was completed at the Pendleton UAS Range in Pendleton, Oregon. Its first flight, with a duration of 53 seconds, was fully self-piloted and the vehicle completed a second flight the following day.

“Today we are celebrating a great accomplishment in aerospace innovation,” said Zach Lovering, Project Executive of Vahana. “In just under two years, Vahana took a concept sketch on a napkin and built a full-scale, self-piloted aircraft that has successfully completed its first flight. Our team is grateful for the support we’ve received from A³ and the extended Airbus family, as well as our partners including MTSI and the Pendleton UAS Range.”

A³ in Silicon Valley enables Airbus access to unique talent and ideas, new partnership opportunities, and execution at speed. Vahana aims to democratise personal flight and answer the growing need for urban mobility by leveraging the latest technologies in electric propulsion, energy storage, and machine vision.

“Vahana’s first flight demonstrates Airbus’ unique ability to pursue ambitious ideas quickly, without compromising the quality and safety for which the company is well-known. For A³, it proves that we can deliver meaningful innovation with aggressive project timetables, to provide a real competitive advantage for Airbus,” said Rodin Lyasoff, A³ CEO and former Project Executive of Vahana. “Our focus now is on celebrating the work of the tireless Vahana team while maintaining the momentum of this accomplishment.”

Vahana leverages its self-piloted capabilities to operate without a passenger. Following these successful hover flights, the team will turn to additional testing, including transitions and forward flight.