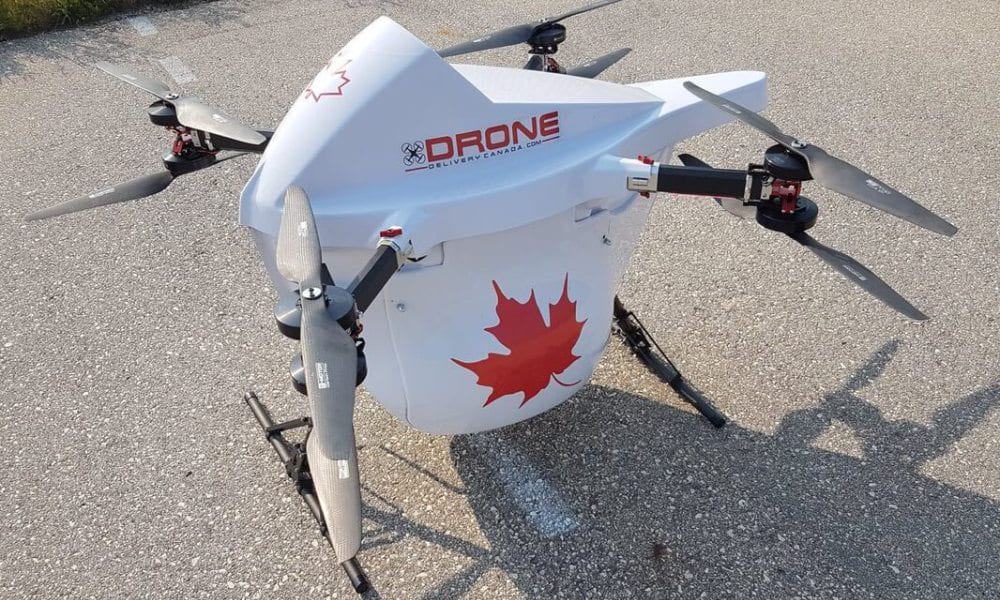 Drone Delivery Canada has announced that the company is expanding its commercial testing program to the United States of America at the New York Griffiss International Airport UAS Test Site, located in Rome, New York.

The company anticipates that the US Pilot Program will then run through the balance of the year. This new initiative expands DDC’s testing program to include geographies within the United States utilizing its Sparrow X1000 drone, which recently achieved Compliant UAV Status with Transport Canada. For testing, DDCs will utilize its own proprietary FLYTE management software that is designed to support semi-autonomous flight as well as BVLOS (beyond visual line of site) flights designed for commercial drone deliveries.

“We have very strong interest from multiple commercial customers in the USA that not only want to test our drone delivery platform in Canada, but also in their own Country as well. This pilot program will act as an extension of our primary Canadian initiatives and will expand our data collection ability. The FAA approved Rome, N.Y. site was made available to us by the progressive initiatives of the FAA and provides an ideal testing environment to achieve our customers’ requests,” commented Tony Di Benedetto, CEO. “While collectively working with our key Canadian stakeholders and the invaluable support of Transport Canada and the Canadian Federal Government which has allowed us to progress to this point, we now look to put Canada on the forefront of commercial drone delivery technology on a global stage with our first expansion occurring south of the border,” added Di Benedetto.

The Griffiss International Airport unmanned aircraft systems (UAS) test site in Rome, N.Y., is a USA Department of Transportation’s Federal Aviation Administration (FAA) approved facility designated to conduct research vital to integrating UAS into the national airspace system (NAS). The site is the fifth of six test sites that are operational in the U.S.

The US testing initiatives will complement DDC’s extensive Canadian testing program scheduled for 2018, which will include testing its Beyond Visual Line of Sight (BVLOS) capabilities at the Transport Canada approved UAS Centre of Excellence located in Alma, Quebec.