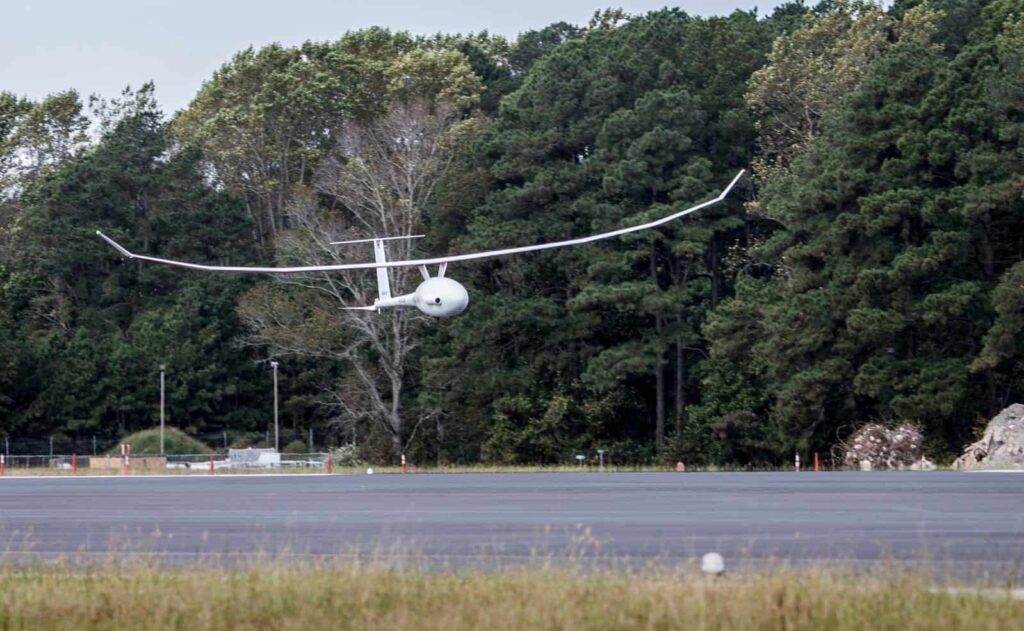 Vanilla Aircraft has announced that its VA001 unmanned aircraft has successfully completed a flight of five days, one hour twenty-four minutes, which according to the company is the longest unmanned internal combustion powered flight in history.

After traversing over 7000 miles, the 36-foot wingspan, diesel-powered aircraft touched down at NASA Wallops Flight Facility in Virginia with three days of fuel remaining on board, successfully meeting its goal of a five day flight. Carrying multiple payloads, including a NASA-furnished multispectral imager and a DoD-furnished sensor and radio, this flight showed the practical use of an ultra-endurance heavy fuel aircraft with a logistics footprint a fraction of those required by other current unmanned air systems.

Imagined, designed, built and operated by Vanilla Aircraft, a five-person start-up, the VA001’s success demonstrates the capability of a small, agile company to build a generic unmanned air system that can be customized to fit user needs. The aircraft carries up to 1.1 cubic feet of payload, with a 30 pound weight limit and provides 800 watts of power. Built to operate for up to ten days at altitudes up to 15,000 feet with a dash speed of 75 knots and loiter speeds of around 55 knots, the VA001 will enable users to devise many missions capitalizing on its open design.

This was the tenth flight of the aircraft, and showed the potential of its design. The aircraft executed a pilot-controlled takeoff, was switched to autopilot control, and quietly orbited above Wallops Island’s Virginia Space UAS Runway at 5,000 feet in a 2-mile orbit, maintaining the flight path to be flown with another soon to be installed camera system. At the conclusion of the flight the aircraft made a successful autonomous landing back at NASA Wallops. The flight was completed under funding from the Office of Naval Research.

The ultra-long endurance capability of the VA001 will allow persistent operations for both commercial and military applications. It is expected that additional flights will demonstrate the capability to carry classified and unclassified payloads, including electro-optical and infrared imagers, synthetic aperture radar, SIGINT systems, communications nodes and more. Likely commercial applications include agricultural mapping, disaster zone imaging, cellular network and internet distribution, and infrastructure monitoring.

Chief Engineer Neil Boertlein said, “As exciting as this milestone is, the flight itself was quite boring. The plane did what it was designed to do and landed ready to go right back into the air again.”

Test Director Jeremy Novara added, “Previous flights had already validated our performance predictions, but this flight really demonstrated the reliability and ease of operation that a low-cost persistent unmanned aircraft can obtain.”

Tim Heely, CEO, stated, “We have begun to fully demonstrate the viability of this ultra-long endurance aircraft system and are anxious to test new payloads and realize capabilities heretofore unimagined. We are excited to bring a new affordable, easily sustainable capability to the quickly expanding Unmanned System environment.”

The company plans to begin production in the coming months, and is open to teaming with payload providers.