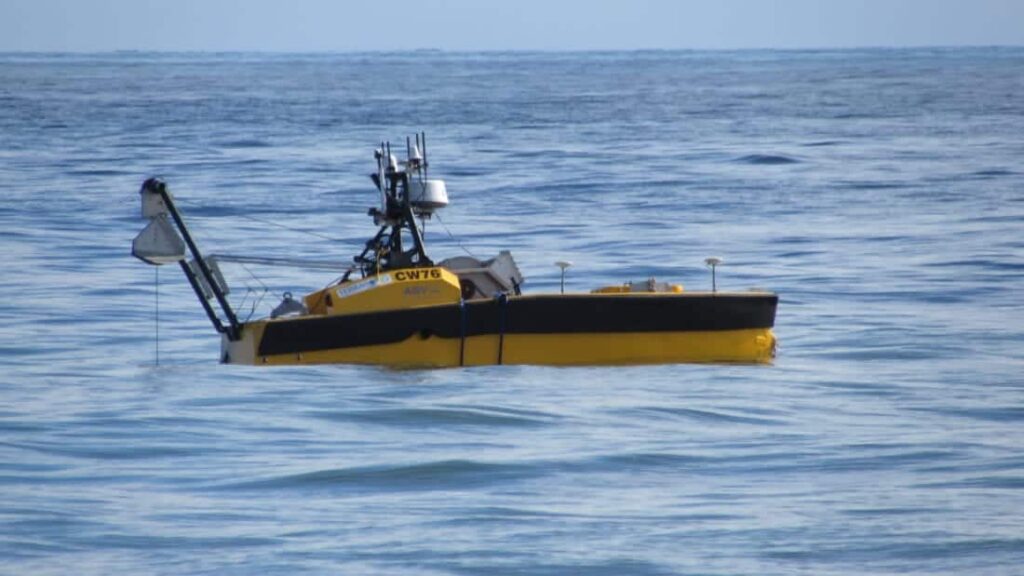 ASV Global and TerraSond have announced that the two companies have completed the first ever seabed cable route survey supported by an unmanned surface vehicle (USV). The survey route included various water depths and strong currents, while facing difficult wind and sea conditions in the Bering Sea offshore Alaska. The project was mobilized immediately following a 9,000km nautical charting survey by Terrasond, of which 4,750km (53 percent) was executed by an ASV Global C-Worker 5 autonomous surface vehicle (ASV). The cable route survey required a new payload including a hull mounted multibeam sonar, a sub-bottom profiler, and a towed sidescan sonar with 250m of armored sonar cable. The payload swap on the ASV was integrated, calibrated, and demonstrated in the field in less than 48 hours. A total of 1,220 km of cable route survey lines was then successfully executed by the ASV C-Worker 5 system.

Thomas Chance, CEO of ASV Global, stated: “This is a landmark achievement for ASV technology, and we are pleased to be supporting TerraSond in this effort. The fast re-tasking of the system from one type of mission to another illustrates the flexibility of the C-Worker ASV, and its consistent performance in difficult sea conditions further underscores the value of this highly efficient approach to offshore operations.”

ASV Global has supported TerraSond for three consecutive years refining the use of autonomous systems in hydrographic survey applications. This year’s deployments follow on from a 2016 charting survey completed in the Bering Sea, off Alaska where ASV Global and TerraSond marked an industry first by completing a 9,578km hydrographic survey, 4,213km of which were completed unmanned. Combined, these operations result in over 10,000km in unmanned survey lines.

Tom Newman, President of TerraSond expressed his satisfaction: “We continue to be impressed after several projects with ASV’s C-Worker 5 in a variety of missions. Together with ASV we have performed the first use in charting, first use in the arctic, first use for a cable route survey and first to accumulate over 10,000km in use. ASV’s team has risen to each challenge and the system has proved to be a reliable and cost effective force multiplier, often doubling our production, operating in areas unsafe for a larger vessel and allowing multitasking on projects.”