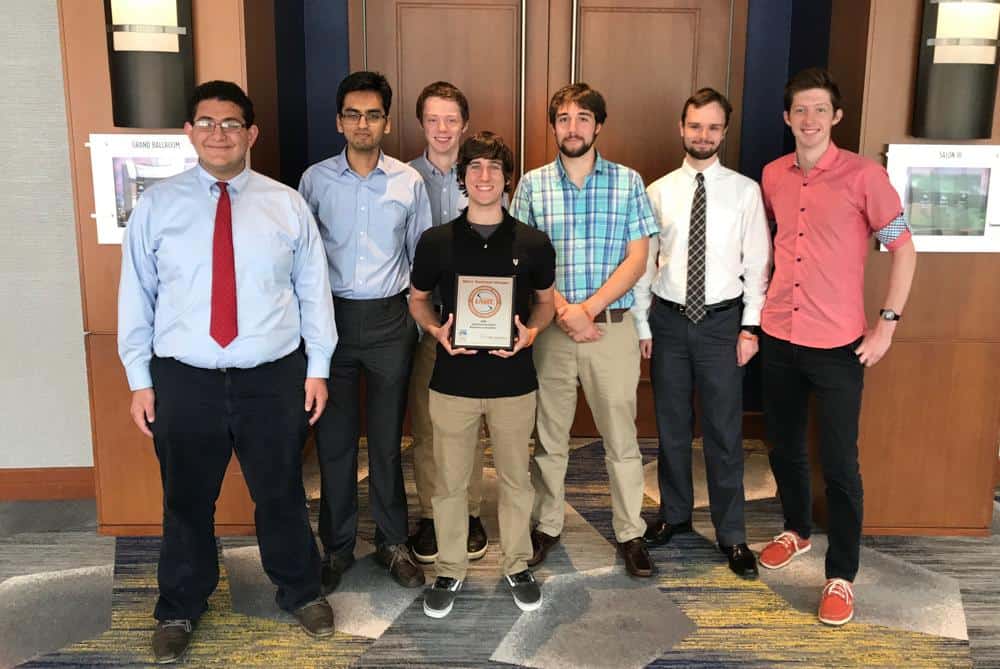 KDE Direct has announced that it has sponsored an award-winning team at the International Aerial Robotics Competition (IARC), an annual competition challenging teams to develop aerial robots to solve engineering problems on the cutting edge of what is achievable by industry or government robotics. The current mission involved developing an autonomous drone capable of interacting with randomly moving robots on the ground to direct them toward a specific goal.

The Robotics and Automation Society at the University of Pittsburgh (the RAS team) designed and produced a drone to compete in Mission 7 of the International Aerial Robotics Competition. The team was awarded “Best System Design” and achieved the highest score at the American venue. The “Best System Design” award is granted based on the overall design of the drone and its fitness for the mission. Points are awarded based on flight performance and multiple static judging categories including a symposium presentation and a technical paper.

Thirteen international teams were present at the American Venue, including teams from Norway, India, Canada, and across the United States. The team achieved the highest overall score. At the competition, teams were capable of demonstrating autonomous flight in an arena without external navigational aides.

The RAS drone demonstrated autonomous take-off, flew a predetermined pattern, and performed an autonomous landing. KDE provided the team with Electronic Speed Controllers (ESCs) and motors enabling stabling and responsive flight, making the team’s controllers for autonomous translation more accurate than before. A video from the team’s official fully autonomous flight in the arena can be seen below. The team is now entering the regroup and replan phase as they move toward next year’s competition.