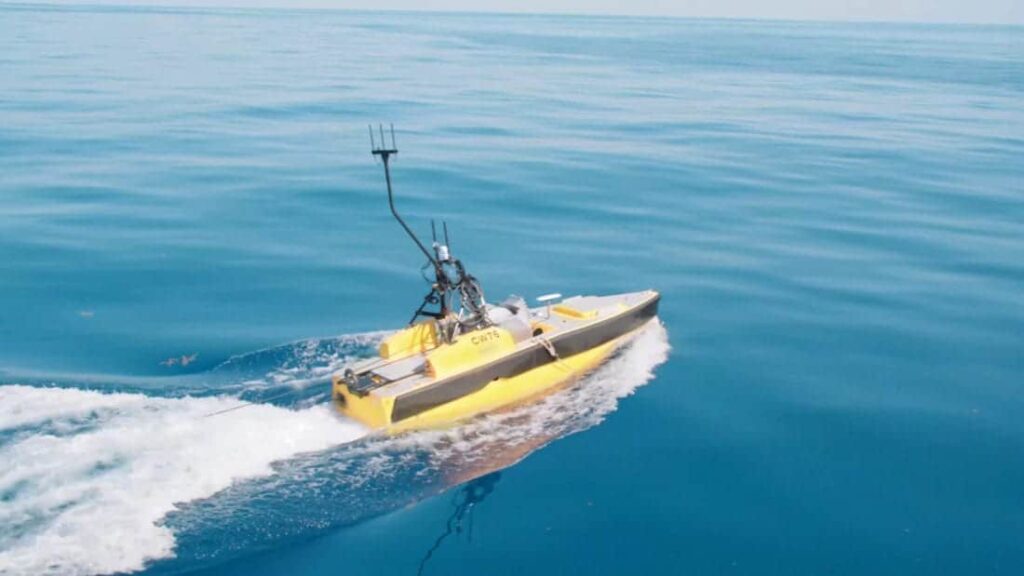 ASV Global has announced that it has participated in the Littoral Acoustic Demonstration Center’s LADC-GEMM consortium summer expedition to the Gulf of Mexico to monitor marine mammals near the Deepwater Horizon oil spill site.

On this cruise, the vessel consistently collected PAM data, comprising of whale and dolphin vocalizations and their source location. C-Worker 5 completed 1100 kilometers of transects and comparison lines over total of 8 days traveling at speeds of between 4.5 and 5.5 knots.

The expedition, which included other partners such as Oregon State University, the University of Southern Mississippi, University of Louisiana at Lafayette, the University of New Orleans, Proteus Technologies, R2 Sonic, and Seiche successfully deployed five deep moorings, launched a glider, as well as running real time ASV-towed PAM and visual observations using the C-Worker 5.

The C-Worker 5 mission also included a 15-min acoustic encounter with a beaked whale – the first ever recorded beaked whale vocalization on the ASV-towed array.