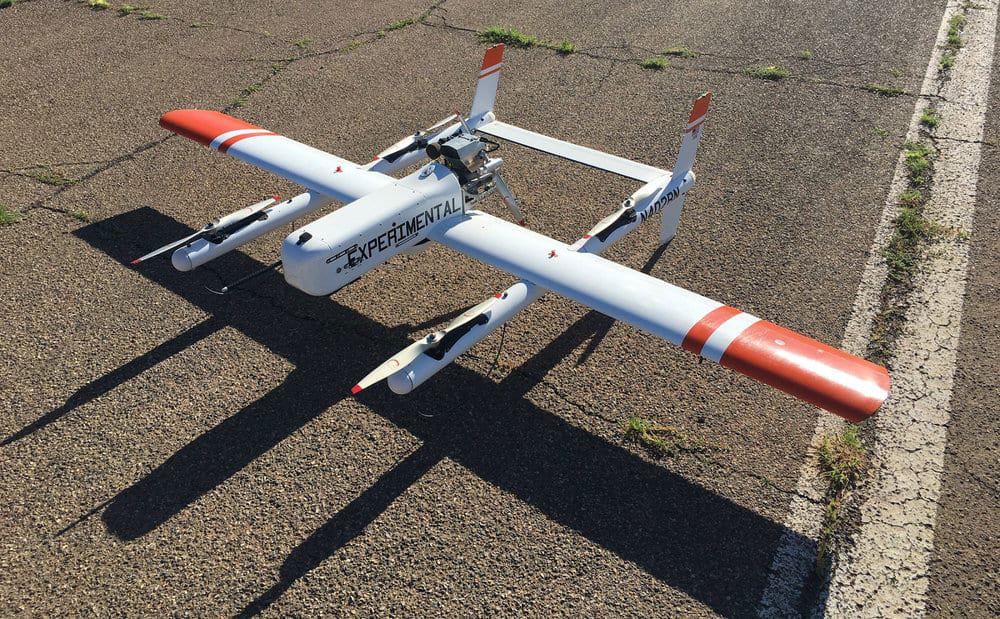 A Nevada unmanned aircraft system (UAS) consortium (Team Roadrunner) has announced that it has set a new record flying a fixed-wing UAS over 97 miles to Austin, Texas using cellular connectivity.

Launched from a central Texas urban location, the UAV flew a preplanned route through the National Airspace System (NAS) using a combination of a mobile command and control (C2), a visual observer team, and stationary visual observers (VO) located across the flight route were equipped with enhanced radios and cell phone communications which allowed the UAV to be flown using a cellular communications link until it successfully landed and delivered its package in Austin, Texas.

“This was the most challenging, logistically-intensive, and longest package delivery demonstration recorded to date using cellular technology in the NAS, and allowed us the opportunity to demonstrate innovative capability – a demonstration necessity for the UAS industry,” said Dr. Chris Walach, Director of the FAA-designated Nevada UAS Test Site and Adjunct Assistant Professor, College of Aeronautics at Embry-Riddle Aeronautical University Worldwide. “Assembling a resilient team, being at the right place at the right time, with the right innovative technology, and entrepreneurial perspective is what allowed us to accomplish this mission.”

Walach continued, “Drone package delivery in an urban and remote environment is the wave of the future, and Nevada is leading and helping to grow this major commercial endeavor. These package delivery milestones prove that new UAS technology enables the safe integration of UAS into the NAS for long-distance and urban package deliveries.”

For this mission, to embed an additional layer of safety into this operation, visual observers were placed along the route and a ground mobile visual observer team was deployed in remote areas.

“Team Roadrunner was organized and very professional to work with. It is very exciting to be part of something truly ground breaking. Integration of students and alumni on similar projects with NIAS in the future extends our outreach to the industry,” said Dr. Scott Burgess, Associate Professor, College of Aeronautics at Embry-Riddle Aeronautical University Worldwide.

“Aviation has evolved much since the days of the Wright Brothers and I truly believe that unmanned systems are going to revolutionize the aviation industry and beyond; I am proud that Embry-Riddle faculty, students, and fellow Alumni are actively playing a part in this incredible journey,” said Kandi Windham, Campus Director, Embry-Riddle Aeronautical University Worldwide, Houston, Texas.

“This was an extremely complicated mission. Making sure that the UAS met all the performance characteristics was only one piece. Great emphasis was placed on flight safety, airworthiness, communication, command and control as well as air and ground coordination, and VO logistics. The Volans-i, Latitude, AUV Flight Services, and the NIAS team worked extremely well together. Given the complexity and the ultimate success of the mission, it is clear to me that we couldn’t have picked a better team,” said Hannan Parvizian, Volans-i Founder.

“Creating a safe and thriving drone industry is an incredible challenge, especially when you couple that with drone package delivery. The loss of communications during a long flight is a real concern, but because of this mission, cellular technology can be relied upon to ensure that communication with a drone is not lost over a long-distance delivery. The record-breaking success of Team Roadrunner’s aerial package delivery mission proves that diligent testing in complex conditions will lead to drone delivery becoming reality,” said Steve Hill, Executive Director of the Nevada Governor’s Office of Economic Development.