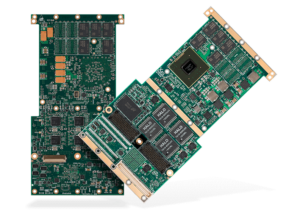 Extreme Engineering Solutions (X-ES) has announced that it is now offering X-ES Enterprise Linux (XEL) – a Board Support Package (BSP) that enables the use of an Enterprise Linux distribution in conjunction with X-ES rugged embedded computing hardware.

The X-ES Enterprise Linux (XEL) Board Support Package (BSP) operates in conjunction with a stable Enterprise Linux distribution to add full functionality and accessibility to all of an X-ES embedded computing module’s ports and I/O.

Built against kernel source code provided by an enterprise-class Linux vendor and operating as a compatibility layer on top of a proven Enterprise Linux distribution, this well-supported Linux package is ideal for development and deployable embedded hardware in applications such as unmanned vehicles and other robotics. Linux distributions compatible with XEL include, but are not limited to, Red Hat Enterprise Linux , CentOS , and Scientific Linux. XEL is designed to provide full Linux support for all of X-ES’ x86 architecture embedded processor modules.

XEL also provides access to I²C GPIO devices through either a sysfs or I²C character device interface, and temperature sensor support includes processors in the coretemp driver and a large AT24 serial EEPROM. Support for access to a PCI-to-VME bridge is included.

In addition to kernel modules and drivers, a host of scripts and utilities are included in the XEL BSP to support the convenience functions of X-ES hardware, such as access to readings from onboard temperature sensors, automatic I²C/SMBus device registration, and onboard LED control.

XEL source code is open-source under the GNU General Public License, and can be obtained in Source RPM format with each release through the X-ES Open Source Software Portal add-on repository. The XEL add-on repository is intended for use on top of an existing compatible Linux installation, allowing customers to choose their distribution while supporting X-ES hardware though add-on packages. Out-of-the-box support is available for most base Enterprise Linux distributions.