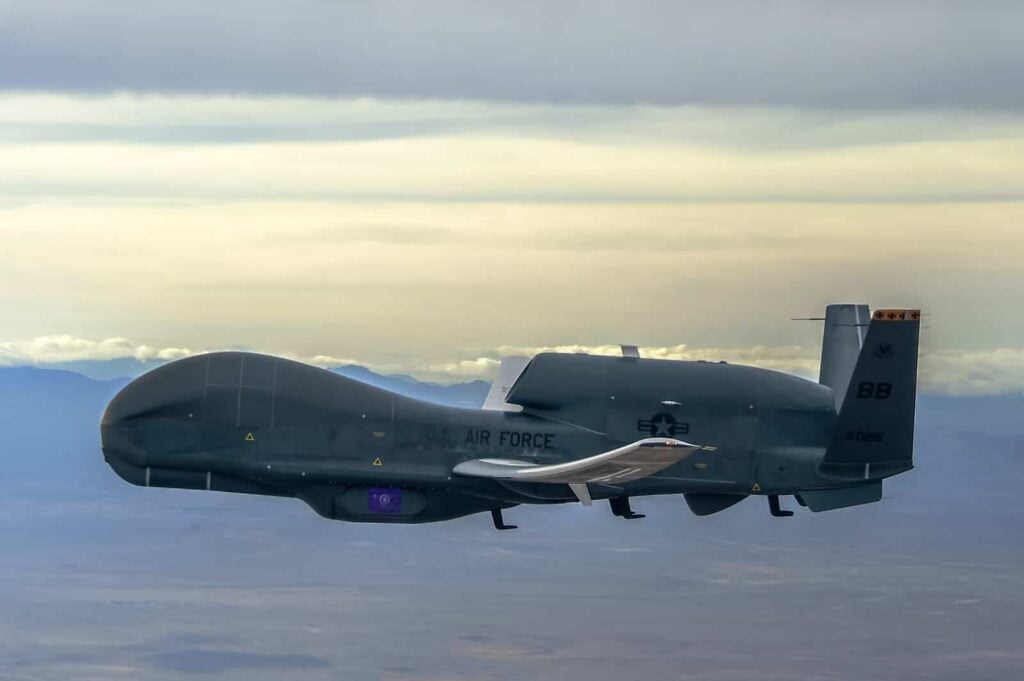 With the Global Hawk flight complete, MS-177 will now commence a six-month integration, testing and qualification phase before official fielding in late 2017. The flight test was the first step forward in the MS-177 Family of Systems (FoS) roadmap that includes multi-spectral imaging, hyperspectral imaging and customer unique mission capable variants.

“As the most advanced imaging sensor of its kind, the MS-177 is a game-changer in airborne surveillance,” said Kevin Raftery, vice president of ISR and Space Systems at UTC Aerospace Systems. “During its first flight on Global Hawk, MS-177 demonstrated its ability to take the aircraft’s imaging capabilities to a new level in terms of coverage area, quality and accuracy. The success of the first MS-177 flight test is a testament to the strong collaboration on this effort between UTC Aerospace Systems, Northrop Grumman and the U.S. Air Force. It embodies our commitment to helping our customers produce aircraft that are more intelligent, more electric and more integrated.”

In service, the MS-177 FoS sensor will provide better image resolution over a longer range and greater coverage area per hour than any other Intelligence, Surveillance and Reconnaissance (ISR) sensor in the U.S. military inventory. It will also be able to operate from multiple ISR platforms, satisfying military requirements for both land and maritime missions.

UTC Aerospace Systems was contracted by the U.S. Air Force to support the integration, testing and fielding of the baseline MS-177 sensor variant on Global Hawk. MS-177 has already completed successful flight demonstrations on the E-8C JSTARS aircraft in 2010 and from a High Altitude Long Endurance (HALE) UAS in 2016. The next variant, the MS-177A sensor system, will be fielded on Global Hawk in late 2019.

The MS-177 is the next evolution of UTC Aerospace Systems’ Senior Year Electro-optical Reconnaissance System (SYERS) sensor, currently flown on U-2S aircraft. The SYERS-2 sensor pivots from side to side, while the MS-177 also squints forward and backward, enabling new imaging capabilities. The MS-177 sensor will ultimately be converted into the MS-177A and will offer further expanded spectral performance, enhancing data identification capabilities and assisting in the collation of improved and actionable intelligence.