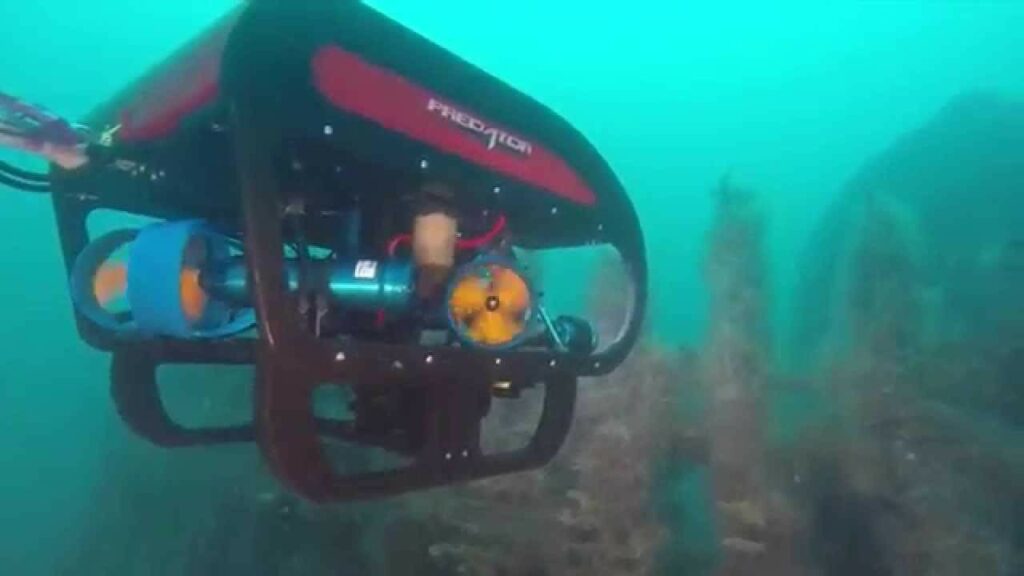 WFS Technologies, a developer of subsea wireless automation, and marine rental equipment specialist Seatronics Inc. have announced that the two companies have demonstrated drone-to-ROV wireless communications at a Subsea Internet of Things event in Houston.

The demonstration took place at the Delta SubSea (DSS) test tank facility in Houston, Texas and was attended by representatives from Shell, ExxonMobil, Chevron and BP.

Seatooth wireless controllers were integrated with a Seatronics Predator II Inspection Class ROV and a DJI Inspire drone. 2-way data communications between the ROV and the drone were demonstrated while the ROV was submerged in a test tank and the drone flew overhead.

“We are helping our customers to drive down costs. Using proven subsea wireless automation deployed by inspection and light class ROVs, we are delivering improved asset integrity information at a fraction of the cost,” said Brendan Hyland, Chairman of WFS. “This demonstration has opened the door to using drones to harvest sensor information from assets in shallow water.”

“Seatronics Predator II ROV has the ability to fully interface WFS wireless communication products with ease. There are many benefits in using the Predator II ROV system for this application due to its size, stability and flexibility of interfacing sensor packages over other solutions,” said Euan Mackay, Vice President , Seatronics Inc.

Watch a video of the demonstration below: