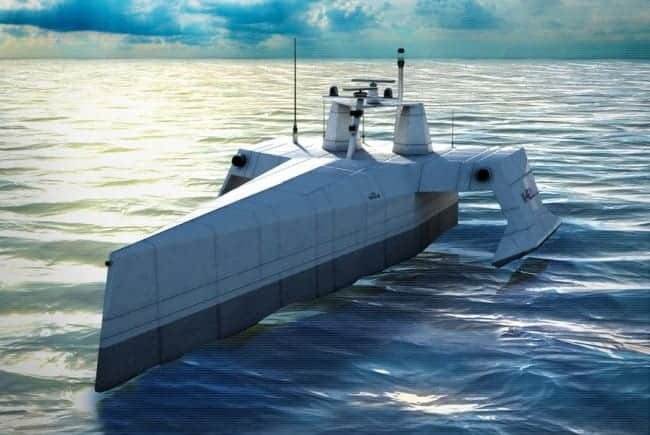 The 132-foot trimaran, christened Sea Hunter at a ceremony in April 2016, met or surpassed all performance objectives for speed, maneuverability, stability, seakeeping, acceleration/deceleration, and fuel consumption, as well as establishing confidence in mechanical systems reliability in an open-ocean environment. Sea Hunter is designed to operate for extended periods at sea with no person on board and only sparse supervisory control throughout deployment. While initial vessel tests require a pilot on board the ship, later tests are planned to have no personnel on board.

The completion of Sea Hunter’s performance trials is the first milestone in the two-year test program co-sponsored by DARPA and the Office of Naval Research. Testing in upcoming months is scheduled to include testing of sensors, the vessel’s autonomy suite, compliance with maritime collision regulations, and proof-of-concept demonstrations for a variety of U.S. Navy missions.