federal-aviation-administration News By Caroline Rees / 10 May 2016 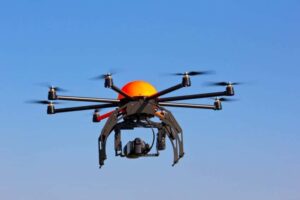 The Federal Aviation Administration (FAA) is expanding the part of its Pathfinder Program that focuses on detecting and identifying unmanned aircraft systems (UAS) flying too close to airports and has signed Cooperative Research and Development Agreements (CRDAs) with Gryphon Sensors, Liteye Systems Inc. and Sensofusion.

The FAA will evaluate procedures and technologies designed to identify unauthorized UAS operations in and around airports. This research effort, part of the FAA’s Pathfinder Initiative, addresses one of the significant challenges to safe integration of UAS into the nation’s airspace.

“Gryphon Sensors, LLC is excited to collaborate with the FAA on utilizing technologies that detect, track and identify errant or hostile UAS in and around our nation’s airports and sensitive areas. Detecting these threats is challenging because most of them are very small, fly low to the ground and can be pre-programed to fly autonomously,” said Gryphon Sensors President Tony Albanese.

“Our AUDS team is very excited to join the FAA’s efforts to counter rogue UAVs,” stated Thomas Scott, President of Liteye Systems. He added, “As the legitimate use of unmanned vehicles becomes more prevalent in many industries, unfortunately this large number of aircraft also makes them readily available for illicit use. With the right technologies we can assist the UAV operator to conduct his mission, while protecting against those who wish us harm.”

Sensofusion, Inc. CEO Tuomas Rasila said, “We first developed the technology to detect, locate, track, and gain control over UAS three years ago as a military project and operated it with three European armies under NATO. Fast forward to the present time, and AIRFENCE is now protecting various customer sites in Europe, including prisons, high profile government buildings, police, and military sites. Since the technology is software based, it improves with over-the-air updates, ensuring that we are always ahead of the commercial UAS market.”

The companies’ prototype UAS sensor detection systems will be evaluated at airports selected by the FAA. The agency and its federal government partners – particularly the Department of Homeland Security (DHS) – will work with the companies to study how effective their respective technologies are, while ensuring they do not interfere with the safety and security of normal airport operations.

The CRDAs with Gryphon, Liteye and Sensofusion expand upon collaborative efforts with industry to develop system standards to identify unauthorized UAS flights near airports, which could pose a hazard to manned aircraft. The agency has seen a steep increase in reports of small UAS close to airports over the last two years.

The FAA has also partnered with DHS and CACI International on similar research to explore how that company’s prototype detection technology may help detect UAS.

The FAA supports DHS in an inter-agency effort to meet the threat of unauthorized UAS from a “whole of government” perspective. Other participating federal agencies include: the Department of Defense, Department of Energy, U.S. Secret Service and the Federal Bureau of Investigation.