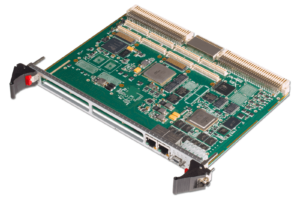 The XCalibur1931 6U VME Module

X-ES selects an FPGA-based VME solution enabling high performance VMEBus capability on our flagship SBCs. Offering a wide variety of valuable features beyond what the Tsi148 VME Bridge had been capable of, the Xilinx Artix-7 VME Bridge supports a x4 PCI Express 2.0 to the host interface and supports an external DDR3 SDRAM DMA buffer.

With its firmware upgradeable design and support for future portability of IP to a new chip, X-ES VME boards offer system integrators a VME Bridge solution devoid of components subject to lifecycle concerns, in an even smaller chip package than had previously been available.

XCalibur1931 & XCalibur1930 NXP 6U VME SBCs
The XCalibur1931 and XCalibur1930 both feature the NXP T2080 QorIQ communications processor alongside a Xilinx Artix-7 FPGA-based VME Bridge solution. Both are designed to address the EOL of the IDT/Tundra Tsi148. The Xilinx FPGA based VME bridge provides a means to mitigate obsolescence and ensure a long product lifetime.

The XCalibur1931, with its Radstone/GE/Abaco PPC7D-compatible pinout and NXP QorIQ T2080 processor coupled with up to 8 GB of DRAM, along with up to 32 GB NAND flash and two XMC/PMC sites, provides a significant performance boost over the PowerPC 7447.

The XCalibur1930 is the latest in X-ES’ line of PowerPC VME SBCs. It was designed to provide our existing customers with an upgrade path from X-ES’ previous VME offerings.

Both the XCalibur1931 and XCalibur1930 utilize the same Xilinx Artix-7 FPGA based VME bridge. The bridge supports all of the VME transfer modes from VME32 up through 2eSST320, providing drop-in compatibility or performance boost.

XCalibur4531 supports VME32, VME64x, and 2eSST operation so it easily integrates into existing VME systems, making it the optimal choice to give your application a processing performance boost.

XCalibur4531 supports up to 16 GB ECC SDRAM, 64 GB onboard SSD storage, and hosts two XMC or PMC modules. XCalibur4531 is available in both air- and conduction-cooled assemblies with standard I/O interfaces including serial, video, USB, Ethernet, and SATA. 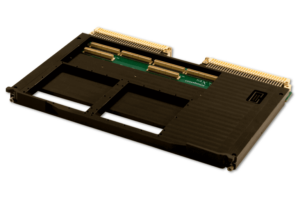 The XChange4003 6U VME Carrier

XChange4003 supports all deployed versions of the VMEBus protocol, from the original VME32 up through VME64x and 2eVME/2eSST operation, making it an effective solution for interfacing any XMC/PMC module to any system’s VMEBus backplane.