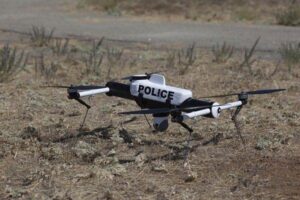 Saab, a defence and security company, has announced that it has signed a contract with the Swedish Police to deliver three UAV (Unmanned Aerial Vehicle) systems.

Saab will deliver three UAV systems to the Swedish Police. Each system comprises air vehicles equipped with day/night sensors and a ground station, plus spare parts, consumables, documentation, training and technical support. The contract will be in effect from 2016 to 2018.

The remote-controlled UAV system selected by the Swedish Police uses the proven Qube quadcopter air vehicle, provided by US company AeroVironment Inc. The system will be tested in operations by the Swedish Police during 2016. The UAVs will be equipped with digital cameras for collection of information about specific geographical areas, as well as sensors and technology for image transfer. AeroVironment has delivered similar systems to police forces in the US and is a supplier of small UAV systems to the US military and to more than 30 countries, including the Swedish Armed Forces.

Saab has extensive experience with unmanned aerial vehicle systems. Since the mid-1990s Saab has been responsible for systems and support for the Swedish Army’s UAV Ugglan, UAV Örnen and SUAV Falken.