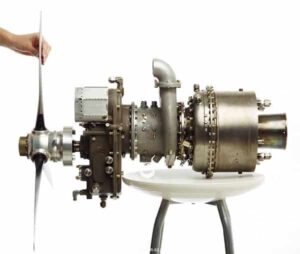 UAV Turbines, Inc., a developer of engine technology, has announced the launch of its leading-edge gas turbine technology to the Unmanned Aircraft industry. Ranging in power from 30 hp to 150 hp, UAVT’s engines are designed specifically to address Group 3 and above UAV programs. These engines will increase reliability, flight duration, payloads, and operational ceilings, while greatly reducing noise. Fuel consumption is low, using a variety of heavy fuels.

Peter Bale, UAVT’s Senior Industry Advisor, comments, “For fifteen years UAVT’s predecessor company has been pioneering new, high performance turbine engine technology in unprecedentedly small engines with many potential applications. About three years ago, new management with fresh capital assigned the engineering team the task of creating a family of turbine engines that would be superior in performance and more reliable than any other engine in the UAV marketplace.”

The team looked at the alarming unreliability of internal combustion unmanned vehicle systems actually operating in the field, many of which show mean-time-between-overhaul (MTBO) at less than 100 hours. They have solved this problem, developing engines designed for MTBO in thousands of hours.

“UAVT’s strength has been its extraordinary engineering team,” says Bale, “Many are retired long-timers in the industry, key figures in development of the major military and civilian propulsion systems on which our society relies. They felt that they had more contributions to make, and the result is this remarkable new generation of turbine propulsion technology.”

UAV Turbines is demonstrating to potential qualified buyers prototypes of its family of small, powerful engines that will help meet the urgent demands of the UAV industry.

“This technology is a game changer,” Bale added.