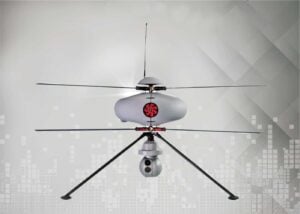 The ECA Group, a leading robotics company for more than thirty years and Groupe Gorgé subsidiary, has developed innovative on-board technology for its IT180-5TH-U mini UAV. The technology allows the UAS to locate, identify and track malicious drone operators and aircraft in under a minute, which can be used to help prevent unauthorized drone flights over sensitive areas.

The system was developed with a partner. It is based on the use of ECA Group’s IT180 mini UAV, including several transponders. After detecting the offending drone through land-based resources, the IT180 drone is activated: first, it will locate the operator using its on-board technology; second, it will approach and identify the operator using its cameras.

Unlike the solutions available until now, which focus mainly on the neutralization of drones in flight, ECA Group has developed a solution that makes it impossible for malicious operators to disappear. This new system enables security forces to approach them discreetly and to catch them in the act of committing the offense, while collecting all the evidence required for future prosecution.

The system has already been assessed twice by French government authorities, who were fully satisfied. It located and identified operators within a 700-meter radius in under a minute after detecting their drones in flight over a sensitive area.