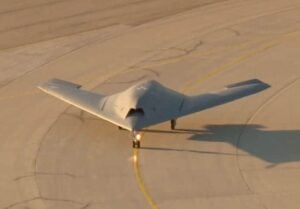 Dassault Aviation, a manufacturer of military and business aircraft, has announced that it has completed the test program for its Neuron unmanned combat aerial vehicle (UCAV) technology demonstrator in France, after 100 flights.

In the first phase, the purpose of the tests was to open the flight envelope (including with weapon bay doors open), to test the electro-optical sensor and to evaluate datalink performance. In the second phase, most flights were dedicated to infrared and electromagnetic signature/detection confrontations against operational systems. Throughout the entire program, the Neuron and associated equipment demonstrated exemplary reliability.

The tests, which produced all the expected results, were performed under the authority of the French defense procurement agency DGA. The Neuron, in full stealth configuration, was operated by Dassault Aviation. The stealth-related data and feedback obtained during the tests will serve as a reference for future aircraft projects.

Further test programs will now take place Italy and later Sweden, where weapons-drop tests with the Mk. 82 bomb are planned at the Visdel range later this year.