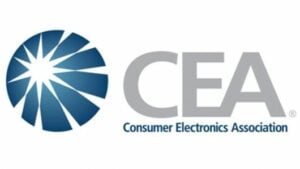 The Consumer Electronics Association (CEA)® has announced its support of the new UAS safety campaign, “Know Before You Fly,” during the 2015 International CES®. The campaign provides prospective operators of unmanned aircraft systems (UAS) with the information and guidance they need to fly safely and responsibly. The effort is being spearheaded by the Association for Unmanned Vehicle Systems International (AUVSI), Academy of Model Aeronautics (AMA) and the Small UAV Coalition in partnership with the Federal Aviation Administration (FAA).

“Unmanned vehicles have the potential to create new businesses and new jobs and give consumers unprecedented remote access to our skies. They also will improve and protect lives,” said Gary Shapiro, president and CEO of CEA. “Drones already are helping emergency and disaster management programs, national weather service tracking and traffic management programs among others. And here at the 2015 International CES, we have an entire Unmanned Systems Marketplace featuring innovations in small, unmanned aerial vehicles (UAVs) and other systems that are revolutionizing how we capture and monitor our world. In short, drones are not just for fun, they are an economic game-changer—one that will transform the way we do business. We look forward to working with the FAA as it provides timely, innovation-friendly regulatory guidance.”

The campaign comes as CEA debuts the Unmanned Systems Marketplace at CES, and as more and more consumers and businesses are seeking to use unmanned systems technology.

CEA market research expects 2015 to be a defining year for unmanned systems, and the category is ideally positioned for steady growth. According to CEA projections, the global market for consumer UAVs will approach $130 million in revenue in 2015, increasing by more than 50 percent from 2014; with unit sales of consumer UAS expected to approach 425,000, an increase of 65 percent. Including the accompanying services, the market for drones could easily exceed $1 billion in just five years’ time.

“We are thrilled to have CEA support the campaign and help spread the word about safe and responsible flying,” said Michael Toscano, President and CEO of AUVSI. “The ‘Know Before You Fly’ campaign fills a critical education gap. We want to ensure that all prospective operators—from consumers to businesses and public entities—know what they should and should not do with an unmanned aircraft.”

“AMA serves as the nation’s voice for approximately 175,000 modelers and 2,400 flying clubs around the country. Our members have been flying model aircraft safely for nearly 80 years,” said Bob Brown, President of AMA. “As a co-founder of the campaign, we want to take this opportunity to share our expertise with people who are new to the technology. Flying model aircraft is a fun and educational experience. We want to ensure it’s done as safely as possible.”

“We are thrilled by the excitement and enthusiasm around UAS. Many consumers are looking to buy them for personal use. And, many different industries—from agriculture and oil and gas to the movie industry and real estate—are also looking to use the technology. But often times people are unaware of the existing safety guidelines,” said Michael Drobac of the Small UAV Coalition. “Our hope is that this campaign will make that information more accessible to the legions of flyers taking to the skies.”

The campaign plans to team up with manufacturers and distributors to inform consumers and businesses about what they need to know before taking to the skies. The campaign includes a website, educational video, point-of-sale materials and a digital and social media campaign to ensure that prospective operators have the information and guidance on what they need to know before they fly a UAS.

“Safety is the FAA’s top priority and we are pleased to join AUVSI, AMA and the Small UAV Coalition in spreading the word about ways to fly safely and responsibly,” said FAA Administrator Michael P. Huerta. “The ‘Know Before You Fly’ campaign is critical in helping us maintain the safest, most efficient aerospace system in the world.”